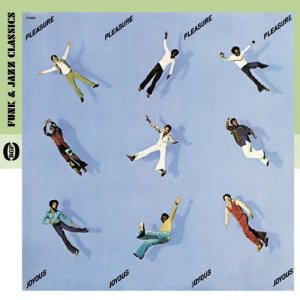 Ex-Crusaders’ trombonist Wayne Henderson was renowned for his slick funk and soul production style and in the ’70s he helmed a slew of classy records for the likes of Roy Ayers, Ronnie Laws, Side Effect and many others. In 1974, Henderson’s interest was piqued by Pleasure, a funky soul octet from Portland, Oregon after he’d witnessed them perform in a club. After helping the group – who were led by guitarist Marlon McClain – get a deal with Fantasy, Henderson went on to produce four albums for them, including this one (the group’s third), 1977’s ‘Joyous.’

The opening title track is a classic slice of breezy, horn-led jazz-funk that’s still popular today with DJs. It’s not the only good cut on the album, though: also check out the insistent, high octane funk grooves of ‘Can’t Turn You Loose’ and ‘Dance To The Music.’ And for those who prefer something subtler and sweeter, then the lovely, mostly instrumental ‘Sassafras Girl’ with its gently undulating Latin rhythms, elegant horn charts, and orchestral strings should suffice (with its male vocal chorus, the track sounds reminiscent of some of Donald Byrd’s records from the same timeframe). Even more pensive is the mellow-vibed, ‘Tune In,’ which opens with a passage of rhapsodic acoustic piano arpeggios before morphing into a laidback, addictive groove fronted by Sherman Davis’s sublime lead vocals. A must-own CD for jazz-funk enthusiasts.