PIECES OF A MAN; Made In Pieces (Tru Thoughts) 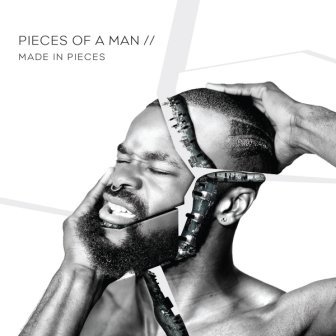 Pieces of a Man (named, of course, for Gil Scott-Heron’s first studio album) is an acclaimed six piece collective from Manchester and the Zed Bias produced ‘Made In Pieces’ is their debut album. The 11 tracker is already winning support from some of soul and jazz’s edgier tastemakers – people like Laurent Garnier, Supernova, Robert Elms and Mike Chadwick. Easy to hear why; ‘Made In Pieces’ is an envelope-pushing adventure in real “modern” soul music – not the 80s retro flavoured soul that is often called “modern”. The collective experiment with and manipulate their sonics to create unusual textured soundscapes that pay homage to hip-hop, funk, gospel and jazz. To show where they’re coming from, may we point you to the album’s only cover – a respectful treatment of – yes – a Gil Scott-Heron song – ‘Lady Day and John Coltrane’. Here the tricky vocal is handled by Detroit’s Amp Fiddler who brings just the right amount of elasticity to the lyric. We’re not saying that Pieces of a Man’s music is what Heron would be making today but like their obvious hero the band are prepared to challenge sonically and lyrically.

Mr F’s out front too on ‘Nothing To Lose (part 1)’ (couldn’t see a part 2, by the way). It’s a lazy, neo-soul meander with a gospel undertow and some sweet brass parts towards the hypnotic end. The brass figures are excellent throughout the album – most notably on ‘Listen’. ‘Grits’ offer something a little different – a melding of scat and funk while the mix of vocoder and alto sax on ‘Drifting’ offers another interesting cocktail.

The tone of ‘Made In Pieces’ is set from the opening track – ‘Walk Out’. Lazy, shifty, laid back and with a gospel chorus behind the brief vocal, it tells you to expect the unexpected. Producer Zed Bias (Maddslinky) tells us that ‘Made In Pieces’ “is one of the best records I’ve been part of in 20 odd years”. You’d say he probably would say that; but he’s probably right.