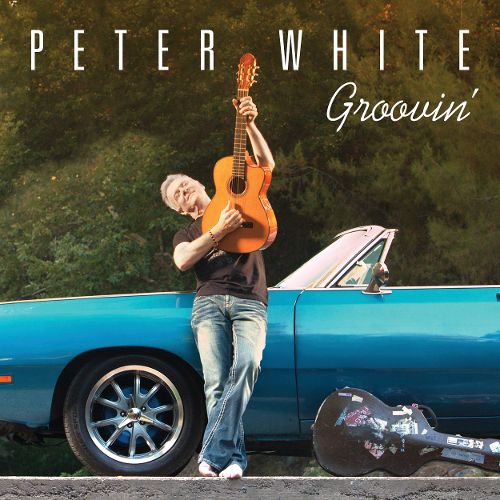 For his latest album, acoustic smooth jazz guitarist Peter White goes down the tried and tested  route of the covers album. Actually, this is White’s third set of covers and the success of 1994’s ‘Reflections’ and ‘Playin’ Favourites’ from 2006 has clearly taught him that though a covers set can be tricky, if you choose your material wisely and treat it with respect, the concept can work and work well.

What the guitarist has chosen here are ten familiar tunes that are perfectly suited to his melodic approach… summed up best by the album’s title cut…. White’s version of the Young Rascals’ ‘Groovin”. It’s just a great tune, isn’t it and White takes no liberties. He just lets that carefree melody do the work and to add just a little spice he allows Rick Braun to add some sweet trumpet. It’s easy to hear why the tune was chosen as the album’s lead… it stands out, though it’s given a run for its money by the version of Ace’s ‘How Long’ complete with cooed vocals.

Other songs to get the “White treatment” include the Three Degrees’ ‘When Will I See You Again’, the Motown warhorse ‘I Heard It Through The Grapevine’, Stevie’s ‘Do I Do’, Otis Redding’s ‘Sittin’ On The Dock Of The Bay’ and the Beatles’ ‘Here There And Everywhere’. If ever a tune was meant to lend itself to an acoustic guitar treatment, it’s that one and Peter White nails it. The cut ends a pleasant if predictable smooth jazz set.