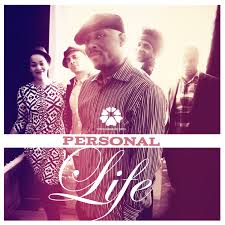 Started in 2010, Personal Life is a London based jazzy-soulful music collective formed by producer Robert Strauss. They first entered the UK soul world’s collective consciousness via a couple of cuts on Expansion’s ‘Luxury Soul’ compilation. Prior to that they’d been building up a solid reputation on the underground scene via some carefully chosen leaked singles… a classic way, of course, to build up interest for the debut album and sadly, all too often, the hype generated on the grapevine over-eggs the final product… but in the case of ‘Morning Light’ – the group’s debut set, the word on the street was spot on. The band are clearly major contenders and the ‘Morning Light’ album will become entrenched as one of THE great British soul albums – right up there with Drizabone and Soul II Soul’s debut… yep, it’s that good.

As with all great soul, it’s difficult to accurately analyze what makes this ten tracker so good… it just is. However, I’d suggest first of all that all the songs are “proper”- well structured, and with pleasing melodies and consistent, appealing rhythm patterns. Then there’s the performances. In Stuart Lisbie, Personal Life have found a classic soul voice. Not one to overdo the histrionics, he nevertheless is passionate and committed and, moreover, he’s his own man – not another Marvin Gaye, Sam Cooke or John Legend – or whoever. The other musicians (people like Xantone Blaq and Nathan Allen) clearly understand soul too and – orchestrated by Strauss –it’s clear that they enjoy whatever they’re creating.

Try the opening cut, ‘Classic Lady’, to hear what I mean. It’s one of those outings that remind you why you got mixed up in this crazy soul world in the first place… joyous. Other goodies include ‘Bring It Back’, the hypnotic ‘I Remember’ and the ultra-mellow but swiftly-building ‘Rainy Day In London’. This is actually the only song on the album that’s not entirely original. It’s loosely based on Joe Sample’s ‘A Rainy Day In Monterey’ (revealing a little about the classy direction from which Personal Life are coming) and despite its inherent bad weather forecast, it’s a hugely optimistic tune that has the potential to do for the capital what Light Of The World’s ‘London Town’ did.. a great track on a great album from a great band.