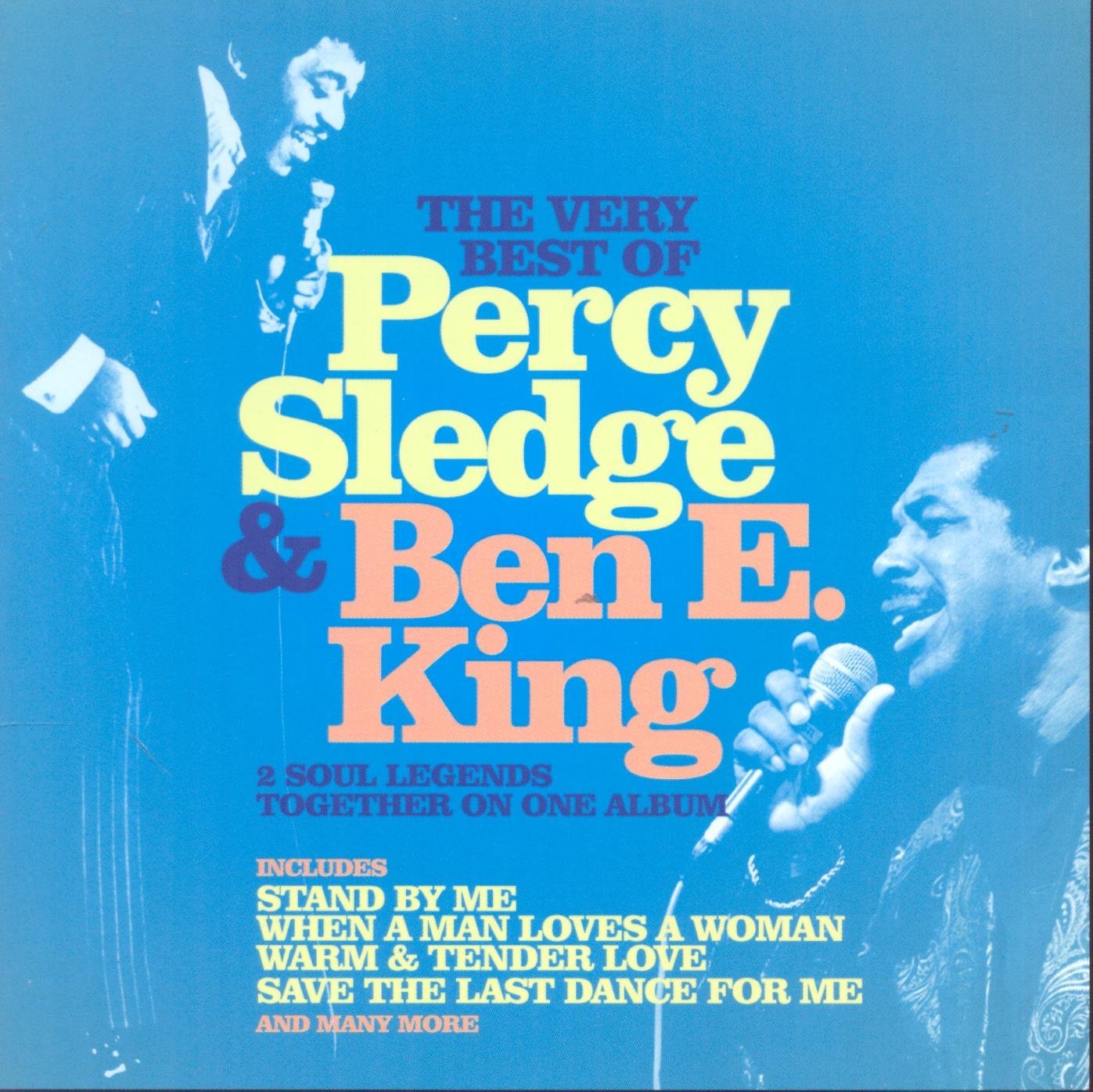 Subtitled ‘2 Soul Legends Together On One Album,’ this 40-track 2-CD retrospective – with the first disc devoted to Percy Sledge and the second to Ben E. King – is aimed at casual browsers rather than the soul music cognoscenti. As such it’s a fine if predictable collection – that only a churlish pedant would find issue with – and overall provides a solid musical tribute to the two late soul brothers. Collectors will already have all of the tracks  but for those who only know the two mens’ signature songs – namely Sledge’s ‘When A Man Loves A Woman’ or King’s ‘Stand By Me,’ which both charted in the UK when they were revived in 1987 – here they have an opportunity to get acquainted with their respective back catalogues.

The Sledge disc contains a blend of singles and album tracks from his Atlantic era, including his Top 10 US R&B smashes, ‘Warm & Tender Love, ‘ ‘It Tears Me Up,’ and ‘Take Time To Know Here,’ all delivered via the singer’s plaintive voice with its tremulous vibrato. Unlike former hospital porter, Sledge, who struggled to maintain a chart profile in the US after the 1960s, by contrast, ex-Drifter, Ben. E. King (real name Ben Earl Nelson), enjoyed a second stint at Atlantic between 1975-1980 that yielded his second US R&B chart topper, ‘Supernatural Thing.’  Said track – a slinky slice of sinuous funk – is present here but admittedly sounds slightly incongruous surrounded by a tranche of his old school ’60s sides for Atlantic’s Atco subsidiary. Indeed, ‘Supernatural Thing’ aside, the focus is squarely on King’s first and most fertile stint at Ahmed Ertegun’s label and includes his big ’60s hits ‘Spanish Harlem,’ ‘Don’t Play That Song (You Lied),’ and ‘Amor.’ Sadly, the more gritty ‘What Is Soul’ from ’67 is the only representation of the singer’s more robust late-’60s sides. While it’s also a shame that King’s ’70s hits ‘Do It In The Name Of Love’ and ‘A Star In The Ghetto’ (featuring the Average White Band) have been omitted, this is nevertheless a sound introduction to both his and Percy Sledge’s oeuvre.