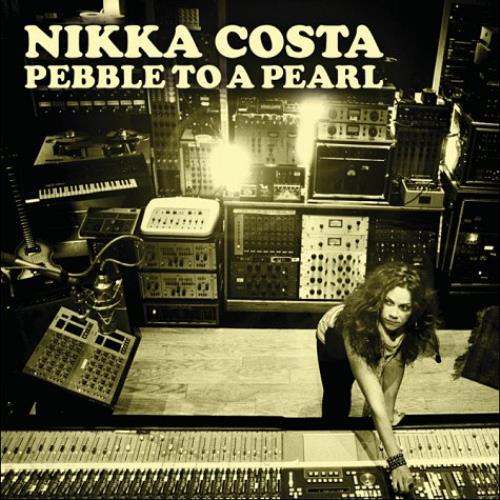 It could be convincingly argued that US singer-songwriter Nikka Costa peaked early: after all, she cut her first record ‘(Out Here) On My Own’ – which claimed pole position in the pop charts of several European countries – when she was just nine. Success in far-flung places continued throughout Costa’s teens though in recent years and despite her maturity, she’s patently not been able to emulate her earlier commercial achievements. Artistically, though – if this debut for the reactivated Stax label is anything to go by – the daughter of Sinatra-arranger Don Costa (she was also Ol’ Blues Eyes’ goddaughter) is now entering a deeply satisfying phase. While Costa’s more recent records have been – to this reviewer at least – something of a less-than-satisfying rock-meets-soul variety, ‘Pebble To A Pearl’ is a well-wrought and cohesive collection of earthy, retro-style funk and soul featuring the legendary James Gadson on drums. The late-’60s psychedelic soul style of Sly & The Family Stone permeates the record as a whole but their influence is almost palpable on the stomping ‘Can’t Please Everybody’ with its propulsive ‘Dance To The Music’-style back beat. Talking of influences, the quirky, clavinet-driven title track sounds reminiscent of early ’70s Stevie Wonder – indeed, the entire album is steeped in a vintage soul and funk vibe though I don’t think Costa’s intention was to honour the past by musical pastiche – rather, she seems to be channelling an old school sensibility and has filtered it through her own musical psyche in an honest attempt to pay homage to the sounds of yesteryear. Whatever her motives, the project certainly works. The best cuts are two slower numbers – the bluesy ballad, ‘Love To Love You Less,’ and the mid-tempo ‘Without Love.’ Surprising as it might seem to some, ‘Pebble To A Pearl’ is probably the best long player the reactivated Stax imprint has served up so far.
(CW) 4/5