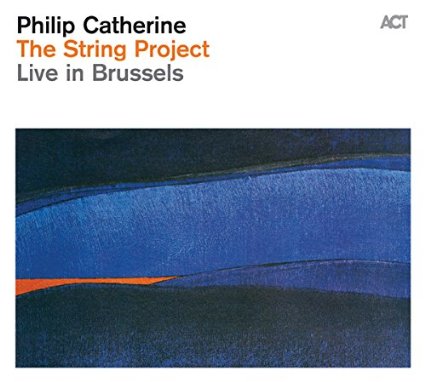 The BBC dubbed him “the Man With The Golden Voice”, but maybe “the Hardest Working Man In British Show Business” would be an equally appropriate tag for Sheffield’s Paul Carrack. Off the back of a major UK solo tour Paul went on the road with Eric Clapton and now he’s all set to embark on a new lengthy road trip that will see him gigging right through till next February. On top of all that, he’s found the time to record a new album and songs from this new 10 tracker will surely take centre stage during his upcoming shows.

Listening to ‘Rain Or Shine (and/or indeed if you’ve ever been to any of his concerts) you’ll understand why Paul never seems to stop…. quite simply, he just loves what he does, and what he does is make and play top quality blue-eyed soul that has the unique Carrack stamp all over it, yet has its roots in the classic soul and pop of both those genre’s golden ages.

Those roots are apparent here as South Yorkshire’s finest pays direct homage to one of his musical heroes…. Ray Charles. (Name checked on a song on Carrack’s last album, remember?) This new album features three songs associated with Uncle Ray. They are the LP’s title cut (given a traditional treatment), the bluesy ‘Hard Times’ and the country-tinged, tear-jerker ‘You Don’t Own Me’. That last one in particular will become classic in the Carrack canon. The other big cover is a brave attempt at the soul chestnut ‘If Loving You Is Wrong’. Paul’s wise enough not to try to duplicate the chest-beating passions of people like Luther Ingram and Bobby Bland. Rather, he gives the epic tale of cheating a sombre, melancholic take and it’s none the worse for that. More low key is a cover of Brenda Lee’s 1963 pop hit ‘I’m Losing You’ – a classic Brill Building style pop song and Paul nails it. This is the kind of material he’s best at… and that’s the style of the album’s original songs. Things like ‘Stepping Stone’, ‘One In A Million’ and especially the lead single ‘All That Matters To Me’ are beautifully-crafted pop songs given a stylish and soulful rendering by that “Golden Voice”. Moreover they boast beefy, brass-filled arrangements courtesy of American Richard Niles – who, of course, worked with Ray Charles during the latter stages of his career. That small, thoughtful touch rounds things off beautifully leaving us to wonder what magic Carrack – “the grafter” – will come up with for his next long player.