PAUL CARRACK: One On One (Carrack-UK) 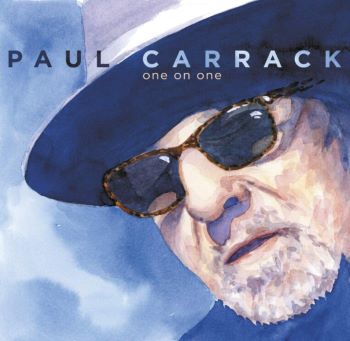 Sheffield’s Paul Carrack is rightly known as “the man with the golden voice”. Indeed a few years back the BBC ran a great documentary on him with that very title. It’s worth searching out. It’s bound to be out there somewhere on catch up! There are plenty more flattering epithets that critics and fans could confer on Paul – two off the top of the old head; “consistent” and “reliable”.

Carrack’s music is of a consistent high quality and his professional life also shows a remarkable consistency – in normal times that means (usually) a solo album every year and an extensive tour to promote it. And “reliable” goes with that consistency. You can rely on the man to deliver – both on record and on stage!

Without labouring the point, we’re not in normal times anymore and this new PC long player has been long delayed. Before we factor in the complexities of the pandemic, Paul was also infected by shingles in spring, building in even more delay. But, at last, ‘One On One’ is good to go and the set (his 18th solo outing we believe) doesn’t disappoint – it’s both “consistent” and “reliable” and that “golden voice” has never sounded better. Ironically Paul trailed the album with the single ‘Good And Ready’ and that’s the track that opens proceedings. It’s classic Carrack – tuneful and precise  and drenched in blue-eyed soul and after his illness, the message is clear. Our man’s back.

The ten tracker offers plenty more messages that have a personal resonance – none more so than ‘I Miss You’ . The song deals with the separation that the pandemic and various lockdowns have caused. I think that the song deals with Paul’s inability to see grandchildren but the sentiment will resonate to anyone separated from a loved one for any length of time. ‘Long Way To Go’ is another cut that could  apply to the effects of Covid. Yes, we are making progress but it seems like “one step forward, two steps back!”. There is a bloody long way to go!

Other album highlights include the killer anthemic ballad ‘You’re Not Alone’ and the LP’s only cover – a lovely version of Charlie Rich’s ‘Behind Closed Doors’ – a song suited perfectly to Carrack’s warm and emotive voice.

This album’s title, by the way, reflects that Paul did (almost!) everything on it himself. It was recorded in his own studio, most of the songs are his own, he’s the producer and arranger, he plays most of the instruments and he even mixed it all down! There are cameo appearances from guitarist Robbie McIntosh and famed horn men Pee Wee Ellis, Dennis Rollins,  Steve Beighton and Andy Greenwood. Bvs are down to Michelle John, but it’s that “golden voice” that dominates, consistently and reliably.