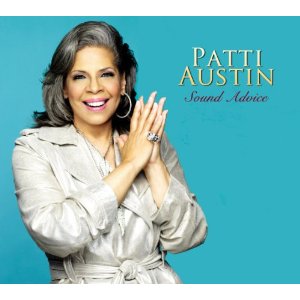 Patti Austin is a true black music doyenne … and any new release from her is more than welcome. Here she offers her follow up to 2007’s ‘Avant Gershwin’ with a collection that comprises chiefly, of covers of classic pop/rock /soul songs. Therein lies, I think, the problem because the chosen songs are by and large pretty dreary affairs. I know that somebody somewhere has said that Patti could sing the phone book and make it work… but, I mean, Des’ree’s ‘You Gotta Be’? The original was truly depressing (despite its cod optimistic message) and even Ms. Austin’s gospel setting doesn’t make me change my opinion. Ditto her reading of Sinatra’s ‘My Way’. Ever the ultimate self-indulgent song, Patti fails to rescue it with any kind of convincing sympathy and God knows she tries. Other selected covers are The Rolling Stones’ ‘You Can’t Always Get What You Want’, Pau McCartney’s ‘Let ‘Em In’ , Bob Dylan’s ‘Gotta Serve Somebody’, Don McClean’s ‘Vincent’, Brenda Russell’s ‘A Little Bit Of Love’, Bill Withers’ ‘Lean On Me’ and Jacko’s ‘Give It Up’ and none of ’em take off.

The two best cuts are the two original Austin songs. ‘The Grace Of God’ is a burning and sensitive ballad while ‘Round And Round’ is a tight little beater – but not the kind of beats that satisfy the modern soul crew. They’ll be disappointed with the song and indeed the album.

Naturally, though, everything is slick and elegantly presented and Patti sings perfectly throughout – maybe too perfectly! She also surrounds herself with a clutch of top sidemen and backing vocalists – Freddie Washington, Ricky Lawson, Greg Phillinganes, Paul Jackson Jr., The Perri Sisters and Lynne Fiddmont amongst them… but the album just lacks that special magic. I almost said it lacks the “X Factor” … but Patti possesses that in spades and did long before the phrase was invented. It’s just those songs!