ORGONE: Beyond The Sun (Shanachie) 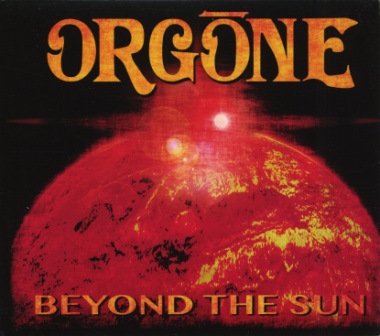 I first became aware of funk band Orgone while working on a 2011 album by guitar doyen Dennis Coffey. A couple of the cuts on this LP featured a wonderfully-named, feisty singer, Fanny Franklin – who I discovered led a band called Orgone. She had real presence, but since then Orgone have undergone some changes and they’re now fronted by Adryon de Leon who sounds as if she’s comes out of the same vocal academy. She too is big and loud, powerful and confident… just as well considering the tunes the band give her to work with.

Orgone, founded by guitar man Sergio Rios, began life as a hard-gigging funk machine with their music veering towards the rockier end of the genre and as Rios was the leader their music was sprinkled with liberal guitar solos. There’s plenty of rock-based, guitar-fuelled funk on this new album. Indeed for soul folk the album begins inauspiciously with two rocky items – ‘Don’t Push Your Luck’ and ‘Losin’ You’. There’s more too… ‘Down Down’ , ‘I’m A Woman’ and ‘When Someone’s Love Is Real’ won’t please soul sensibilities.

Thankfully there is some respite. ‘No Pain’ is more melodic… a kind of Daptone flavour here; ‘People Beyond The Sun’ is surprisingly sweet and light given the rest of the album; while ‘Sabi’ is loose and jazzy with that kind of 70s’ Nite-Liters thing going on.