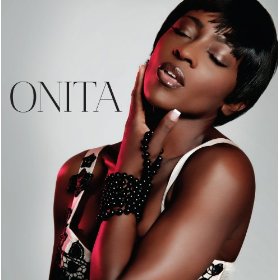 Onita Boone is a young soul singer who earlier this year won herself deal with a major label – Universal. In these days of tight budgets, financial restraint and big label self-doubt that’s quite a coup for the lady from Newburgh, New York. A quick look at her musical CV, however, will explain why Universal were prepared to take a gamble. Onita (that name means “strong wind” apparently) has already shared the stage with people like Patti Labelle, Whitney Houston, George Michael and Take Six; she’s written for Mary J Blige, En Vogue and Brownstone; and she’s composed numerous tunes for TV and cinema ads. Add to all that experience a fabulously explosive soulful voice that covers five octaves and you can maybe understand why the big label execs were keen to grab her signature. Keen to see their new signing shine the same suits have spared no expense for this eponymous, debut set. They’ve bought in hot shot producer Mousse T to take care of most of the production chores and they’ve allowed him to spend lavishly. I can think of few newcomer sets that have such big, full productions… ‘Onita’ is awash with real string sections, feisty brass battalions and plenty of star backing vocalists.

Hear all that in its fullest glory on a dramatic cover of James Brown’s ‘This Is A Man’s World’. Everything’s in the mix but thankfully none of it detracts from Ms Boone’s vocal. That she wanted and was allowed to record the old soul standard says a lot for her confidence. Nothing, it seems, can daunt her, ‘cos she also has a go at Oleta Adams/Brenda Russell’s ‘Get Here’ and Rufus’ ‘Ain’t Nobody’. On both she sticks firmly to the original templates but gives Oleta and Chaka a real run for their monies.

The set boasts plenty of good original songs too and it’s clear that Onita isn’t ready to be pigeon-holed just yet. She goes from happy rolling neo-soul (‘I Know’) to folk-soul (’25 To Life’) with consummate ease and in between she throws in funk (‘Who’s Crying Now’ and ‘Let The Funk Come About’), lite jazz (‘Joined’), high drama (‘Pay’) and some great finger-clickin’ modern soul moments – try the lovely ‘I’ll Carry You’ or Mousse T’s ‘Sugarfree’. Yep, lots of variety here but given a unity by the fact that they’re all “proper” songs – well-crafted with decent melodies, mature lyrics and their own structures… oh yes – and that big voice tops it all off. Take a quick listen and you’ll understand why Universal snapped the lady up.