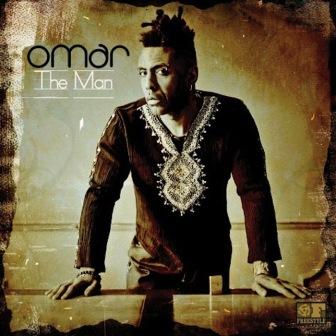 Hard to believe, I know, but Omar’s been making music since 1991. Then he broke through with the mighty ‘There’s Nothing Like This’ and he’s never been still since. His post ’91 CV includes work with Angie Stone, Erykah Badu, Syreeta, Common, Carleen Anderson and Stevie Wonder himself! He’s also recorded six acclaimed albums and with this new ‘un –his seventh – he’s set to cement his position as one of the UK’s best progressive soul singers.

The album’s been heralded by the title cut. Released as a single a month or so ago, ‘The Man’ has generated praise and support from taste makers as diverse as Trevor Nelson and Jamie Cullum… and it’s easy to hear why. Bass-led (like a lot of the man’s work) it has a vague retro feel and a jazzy undertow that offers appeal right across the spectrum. The opener – ‘Simplify’ – is bass-heavy too. A strong starter, it’s another loose, jazzy groove – and there’s more of the same on the ultra-ambitious ‘High Heels’ which features Germany’s Hidden Jazz Orchestra.

Other guests on the album include Caron Wheeler and Stuart Zender. The Soul II Soul diva joins Omar on the charming ballad, ‘Treat You’ while Zender is featured on the Latin groove that is ‘Ordinary Day’. There are more Latin flavours on ‘Come On Speak To Me’ and ‘I Love Being With You’ while the busy and pointed ‘Fuck War, Make Love’ has a distinct Incognito feel about it, though I can’t remember Bluey being quite as lyrically direct!

Elsewhere, ‘I Can Listen’, with its zipping strings, is radio-friendly, ‘Bully’ is an R&B heavy hitter and ‘When You Touch, We Touch’ is a drum n bass thumper. Then there’s the cherry on the cake… a remake of ‘There’s Nothing Like This’. Star bassist Pino Palladino recreates the famous bass line, but Omar wraps it in soaring strings and jazzy horns to deliver it in a lounge-jazz sort of way and, you know, the magic’s still there, proving conclusively that Omar’s still the man!