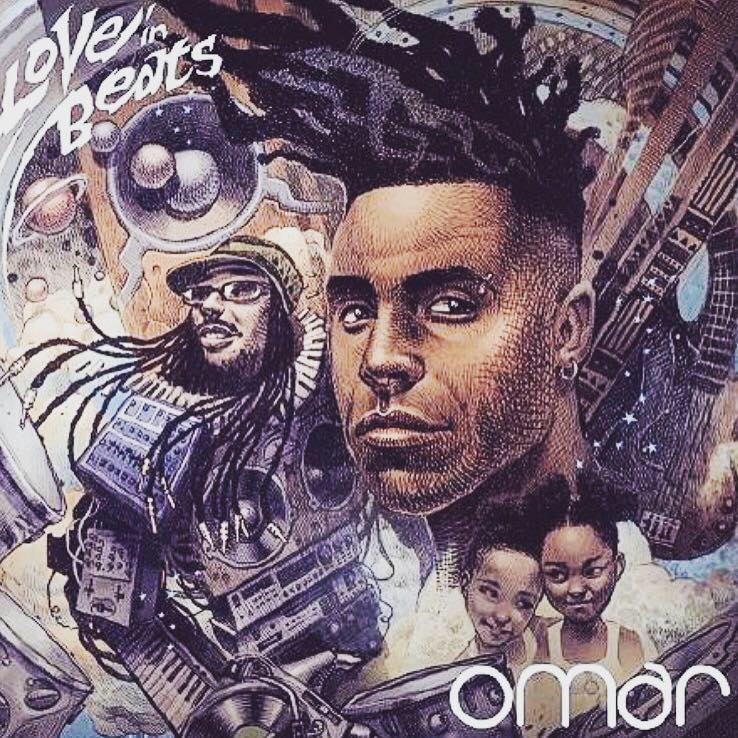 Omar Lye-Fook MBE, no less, will, I guess will  forever be remembered for his 1991 hit ‘There’s Nothing Like This’. The tune is totally timeless and sadly many people (mainly in the mainstream) think (quite wrongly) that that’s all there is to Omar. When told that our man has achieved much since then – notably a string of fine albums – those “mainstreamers” express surprise and when exposed to those albums they’re usually more surprised to learn that Omar’s art extends way beyond the feel-good, easy accessible, pop soul vibe of his signature sound. “Eclectic” is the word they reach for and Mr Lye-Fook would be happy with that. In SJFs recent interview with Omar he admitted that he strived to make a music that was eclectic and “ahead of the curve” and this new 12 tracker is certainly that.

Helping Omar keep things innovative, interesting and, yes, eclectic, is a whole crew of special guests. Soul-wise, then biggest “name” helping out is Leon Ware. Ware’s there on ‘Gave My Heart’ a stately, mid-tempo groove with lush orchestration and that special ethereal quality that’s always there when Leon Ware’s involved. Jazz fans will be delighted to see that Robert Glasper’s in there too. The piano man adds his distinctive playing to the album opener, ‘Vicky’s Tune’, which, we’re told, was originally conceived back in 2003! Another instantly recognizable contributor is Natalie Stewart, “The Floacist”. She’s there on the neo-soul meander that is ‘Feed My Mind’, offering her very special, meaningful rhymes.

Maybe less well-known is Cape Verdean singer, Mayra Andrade. The Mayra/Omar collaboration is the Euroepan waltz, ‘Déjà-Vu’. Partly sung in French, it brings us right back to that word “eclectic”. Speaking of which, try ‘Girl Talk Interlude’. Little more than three minutes of eavesdropping, it offers unusual insight into where Omar is right now.

Maybe more accessible is ‘Insatiable’. With input from Natasha Watts, this is a gentle head-nodder while ‘Hold Me Closer’ is a lovely Latin shuffle and those Latino rhythms are repeated on the closer, ‘Destiny’ on which the guest is Guadeloupe soul singer Jean-Michelle Rotin.

Add to that largish guest list, Omar’s brother, Roland (Scratch Professor) and you have lots of those proverbial “cooks” in this particular mix. The broth, though, is never spoiled. Omar’s dedication to his art, his elegantly crafted grooves and that distinctive voice give ‘Love In Beats’ its sense of unity and completeness. Between them Omar and team have created one of the first big soul sets of 2017. Go to our interview archive for an in-depth conversation with Omar and his thoughts on the album