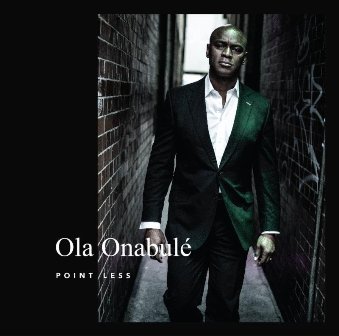 Earlier this year we were told a new album was on its way and it was heralded by the single, ‘I Knew Your Father’. The song turned out to be a complex, rhythmic affair telling of the aftermath of a young man fatally shot in the presence of his partner and their infant daughter, yes – not the stuff of your “normal” soul song. We knew from that track that the parent album , ‘Point Less’, was going to be an intriguing, challenging and , yes, difficult affair. It’s just been released… and it’s all of those things and more.

You see, ‘Point Less’ is – for better or worse, what used to be known as a concept album. Ola tells us that he sees the 14 tracker as his ‘What’s Going On’. On it he expresses his views on social injustice, violence, immigration, xenophobia, betrayal, dignity and much more.

So, as we’ve said, ‘I Knew Your Father’ deals with reactions to a domestic murder; that shooting is depicted in ‘Ballad Of The Star Crossed’ while ‘The Old Story’ is written from the point of view of a man who has just taken the life of another. Yes, he has the authority to do so but nonetheless the extent of his powers does not sit easy with him. More issues? ‘Throwaway Notion’ deals with immigration; ‘And Yet’ discusses our interaction with the marginalised; ‘Conceive It’ looks at a dystopian future. Issues? Yes, plenty to think about. Suffice to say the title track discusses the pointlessness of violence and many of the other explored topics.

Sonically these “stories” and “ruminations” are delivered in various styles – ranging from contemporary soul, through to jazz and on to Latin and Afrobeat. There is no one sonic template here – the variety heightened by occasional surprises, like the lovely harmonica intro on ‘Pas Famille’. What brings the unity is Ola’s remarkable voice… warm, tender and convincing.

We were promised am ambitious project and ‘Point Less’ is exactly that. We won’t pretend that it’s an easy listen; it isn’t. The messages and the music are provocative and often disturbing. ‘Point Less’ will challenge your preconceptions of what soul music is actually all about.