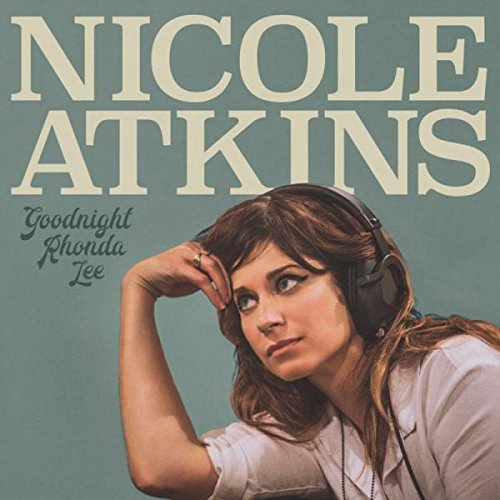 Submersion in nostalgia is something that people have gravitated to over the past couple of years – the election of Donald Trump (Make America Great Again) and the longing for an imagined and glorified past in the culmination of Brexit (Red, White and Blue Brexit). Nostalgia tends to get a bad rap not only politically but also in our personal lives. The dangers of looking at past events through rose tinted glasses and coming to the often-erroneous conclusion that last year really wasn’t that bad. However, in the context of music, nostalgia doesn’t have to be a bad thing. Nicole Atkins’ latest musical creation, ‘Goodnight Rhonda Lee,’ proves the point. The record is a submersion in sonically and soulfully constructed nostalgia with Atkins bringing soul and blues from the ’60s and ’70s, and making it her own. There’s no imitation but rather a reimagining of soul music through Atkins’ musical and personal filter.

Woven together by intently introspective and self-aware lyrics, Atkins turns the past over in her hands but never in a way that longs for something or somewhere that never really existed (‘I Love Living Here, Even When I Don’t’) nor does she indulge in self-flagellation. She merely looks at the past for what it was and the person she used to be for who she was – no judgement, just compassion and a way to navigate her present.

Soul music has always seemed to me the music that people need when they’ve been sufficiently beaten down by the world, and just need something that can put them back together again. Whether it’s Al Green’s ‘Let’s Stay Together’, Sam Cooke’s ‘Bring It On Home’ or Etta James’ ‘I’d Rather Go Blind’, these are the songs that never fail to move or to heal.

‘Goodnight Rhonda Lee’ evokes the feeling of music of the past, which evidently is still so much a part of our present. Atkins takes the warm ambience that Carole King so effortlessly created in ‘Tapestry’ and brings it to ‘Colors’, spinning an atmosphere so perfect that it brings you to right back to sitting on the floor listening to vinyl on your parent’s old record player.

Atkins takes the rich tapestry that only soul music creates and weaves it into ‘I Love Living Here (Even When I Don’t)’ and ‘A Night of Serious Drinking’. With their understated arrangements that slowly and effortlessly build throughout, and the pull and push of emotion in Atkins’ vocals; the songs swell and surge and then fade out gently into the world.

‘Sleepwalking’, a delirious song that calls up the ghosts of Motown records, which as we all know that no matter how infectious or sensual the groove is, the lyrics are bound to be dramatically sad and at times co-dependent. Atkins sticks with this recipe, creating a song whose opening bars have you immediately dancing across the room to the groove of electric guitars and soulful horns.

‘Listen Up’ a soulful and funky piece that has the ambience and texture of a recording from the ‘70s. Like the rest of the album it is honest and effortless, both in its writing and arrangement. Drums and percussion set the piece off followed closely by a piano and Atkins’ soulful and breathy vocals. There are moments when it feels like Atkins is physically wrestling with her demons and battling out her past insecurities through the music.

As ‘Goodnight Rhonda Lee’ beautifully illustrates, nostalgia doesn’t have to be filled with sentimental longing or only seeing a part of a photograph. When coupled with self-reflection and seeing things as they were, nostalgia can be powerful motivator for change.

“I wish that we stay the same/ But hoping means nothing as darkness turns into day”, Atkins sings in ‘Darkness Falls So Quiet’. Perhaps this perfectly sums up the record; that change is inevitable no matter how much we cling to the past.