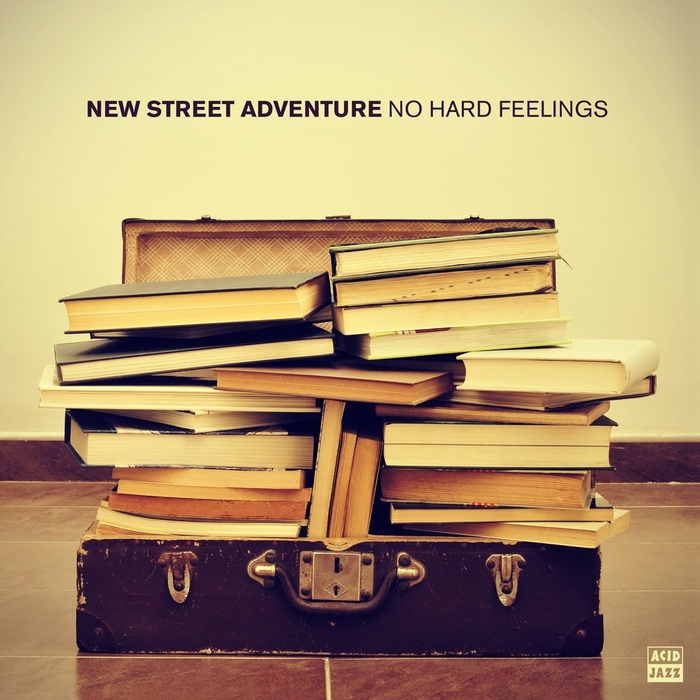 The Acid Jazz label refuses to give up! The latest release from the venerable UK label is ‘No Hard Feelings’ by London-based five piece, New Street Adventure. The quintet (Nick Corbin, vocals/guitar; Ashley Hayden, bass; Billy Farr, guitar; Charlie Myers, keys and Jeremy Paul, drums) all grew up in the indie rock era but preferred the soul sounds of icons like Curtis Mayfield, Bobby Womack and Smokey Robinson and the influence of all those maestros can be heard throughout this never-less-than-intriguing 13 tracker. However, New Street Adventure wisely, don’t try to replicate the soul sounds of that golden era. What would be the point? There are any number of second rate tribute bands out there and ‘No Hard Feelings’ ain’t no exercise in karaoke! Rather, what the group do is use classic soul (its rhythms, melodies, harmonies and changes) as a chassis on which to forge their own quite unique sound and here we go back to the band’s formative years. You see, though the boys preferred soul, their music also shows the influence of UK bands like Squeeze and the Jam and though, yes, we should file ‘No Hard Feelings’ under “soul”, the music is a very particular kind of soul… soul with a distinctive English sound; more specifically the sound of South East England. Add to that mix some gritty lyrics that offer plenty of social commentary and you have something that’s quite different – quirky, irresistible and original.

Hear this special sound at its best on the opener, ‘On Our Front Door Step’. This one’s a loose, brassy soul saunter with a vocal that Paul Weller would be proud. He’d also, I’m sure, approve of the lyrics’ social slant. The faster ‘Be Somebody’ has a hint of the Jam about it – but maybe the Jam doing Northern soul! ‘She’s An Attraction’ has a Northern feel to it too, but again the vocal inflection places it in the Estuary (the Thames that is…not the Mississippi). ‘The Big AC’ is another pacey tune while the best ballads are the sparse ‘Say You’re Lonely’ and the more dramatic ‘Foolish Once More’ which features a quite lovely melodic hook on the chorus. In truth some soul folk might baulk at the rocky riffing on ‘Foot In The Door’ but I guess we can excuse one aberration in the band’s attempt to create something new, fresh and unique, ‘cos that’s exactly what they’ve done.

Radio tastemakers like Craig Charles, Gary Crowley and Robert Elms have already gotten into this band and if you’re adventurous and like your soul fresh and quirky I’d urge you to do the same. Do so via the band’s Facebook pages.