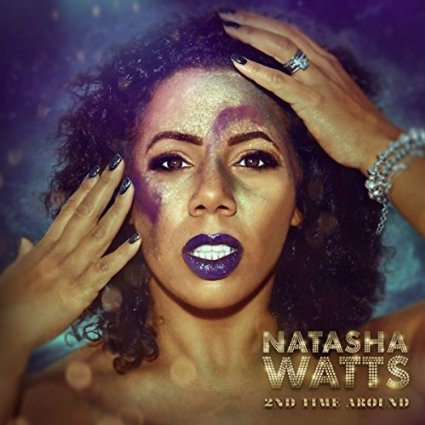 Natasha Watts is a ubiquitous Brit soulstress who’s sweet n’ soulful vocals have graced countless soul and soulful house productions, most notably along side DJ Spen and the Cool Million collective. Her first full solo album enlarged her fan base and soul profile and now with the aptly titled ‘2nd Time Around’ Natasha’s set to become a proper “name” on the UK soul scene.

Leaked tracks from the album have already become soul dance staples and chief amongst them is the wonderful ‘Love Who You Are’. It’s a killer of a modern soul tune, seemingly built from all the essential ingredients that makes the best of the genre so irresistible. Earlier in the year I described it as a cross between the best of Drizabone and the best of Keni Burke and repeated listens haven’t made me change my opinion.

There’s more fuel for the floor on ‘Waited For You’, ‘Make It’ and ‘Easy Come, Easy Go’ where the cocktail shakes Chic and soulful house flavours together. ‘Insatiable’ (a duet with dear old Omar) is a little more complex but still boasts solid beat patterns while ‘Hit The Spot’ and ‘Let Go’ are bumpier grooves that might appeal who those who like their soul with an R&B garnish. If you want to take the tempo down just a little, try the bass-led ‘Breath’ complete with a catchy little instrumental riff.

The long player also offers a couple of ballads (‘Lonely’ and ‘Everything’) which prove that Ms Watts doesn’t just do “sole music”. ‘Everything’, in particular, is a mature piece of work….. gentle and with just a simple piano accompaniment….hear why Natasha is the singer of choice for people like DJ Spen, Rob Hardt, Richard Earnshaw and Dan Goldman.

By coincidence those last three share production duties here and between them they’ve crafted one of the first big modern soul albums of 2016 and in ‘Love Who You Are’ they’ve created one the year’s true anthems.