NATALIA M. KING; Woman Mind Of My Own (Dixiefrog) 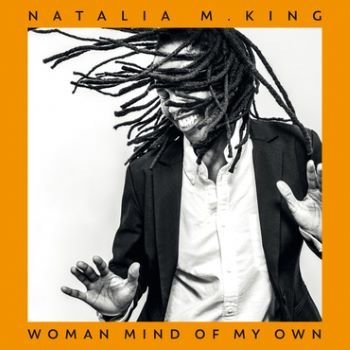 Natalia M King is a Brooklyn-bred, Paris-based singer/songwriter whose  mission is to deliver her own particular, contemporary  take on traditional American musical forms – blues, R&B, country, folk, Americana – “roots” music if you would. Hear if she’s succeeded via her latest album, ‘Woman Mind Of My Own’.

The album is a varied 9 tracker with the album-heralding single being a cover of George Michael’s ‘One More Try’ – an odd choice, you might say, considering Ms King’s oeuvre. She explains: “When ‘One More Try’ by George Michael came out back in 1988 I was an itty bitty youngster who could relate to the emotion of the song but not the experience. All I knew in listening to him and feeling him was that something hurt, and it hurt bad. I was moved by his sadness and his necessity to be released, to be ‘let go’ from a love that was no longer serving his life or his heart. The fact that I was also searching to define my sexuality at the time was a plus! His interpretation was so feminine! I was sure he was gay! With all that said and done, and to simply boil it down: ‘One More Try’ felt right! The timing, the knowing, the experience. Today, as a liberated, experienced, sexual, and quite emotional woman, it was almost commonsensical, logical for me to interpret this song!” Indeed on the cover you can hear how much the song means to the performer as she delivers in a gentle, bluesy/folksy way.

The album’s other cover is a version of John Mellencamp’s ‘Pink Houses’. It’s delivered in a country rock way with guest vocals from Eliot Murphy adding gritty, world weary counterpoint.

Sonically, neither ‘Pink Houses’ nor ‘One More Try’ will interest the died-in-the-wool soul fraternity. They will though relish the searing ‘Forget Yourself’ – an emotional, Southern flavoured ballad which sounds like it was recorded down amongst the swamps of Muscle Shoals rather than the elegant banks of the River Seine!  ‘(Lover) You Don’t Treat Me No Good’, a duet with Grant Haua, is another Southern soul flavour, redolent of Delaney  and Bonnie. Lovers of country blues will enjoy the album’s title track while the opening ‘AKA Chosen’ is Ms King’s personal manifesto, honouring strong personal choices and acceptance of her sexuality. Like much of this album, not soul by any yardstick but intriguing!