NAJEE; The Smooth Side Of Soul (Shanachie) 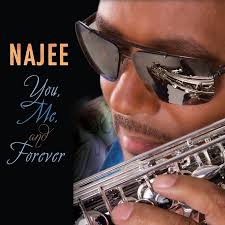 The soul jury’s always been out on genial sax man, Najee. To many he’s the unacceptable face of bland, but others say his slinky, sensual grooves always hit some kind of spot. Unfortunately this new 10 tracker won’t clarify things as its content justifies both camps.

On ‘The Smooth Side Of Soul’ there’s plenty of those innocuous, superficial tunes that seem tailor-made for airport lounges or Hilton elevators. Here I’m thinking of cuts like ‘Perfect Nites’, ‘You Tube’, ‘In The Cloud’, ‘First Kiss’ and the cinematic ‘Mari’… some have slink appeal but none really mine a groove. Don’t doubt, though, that our man can do just that. The opener, ‘Dis N’ Dat’ is a great example. It rides in on a poppin’, splutterin’ bass line before Najee’s tenor cuts loose. I was reminded of the Crusaders circa ‘Soul Shadows’. ‘Fu Fu She She’ (don’t ask) offers more of the same with the bonus of some great keys from Chris ‘Big Dog’ Davis. The Darren Rahn collaboration, ‘One Night In Soho’ is meaty too, while, right at the end, to show that he can do “real” jazz there’s a cover of Jimmy Heath’s ‘Sound For Sore Eyes’ for which Najee brings in Pieces of a Dream’s James Lloyd for the piano parts.

At the end of the day, though, I guess this album’s USP is the single vocal track – ‘Just To Fall In Love’ – featuring the incomparable Phil Perry. Perry possesses one of soul’s most unique voices and he records too infrequently these days and his performance on this Will Downing-penned song is spot on. It’s fast but not frantic. Najee says he was tempted to do the tune as a reminder of his days playing in the TK Disco house band and it really does sum up the mood implied in the album’s title.