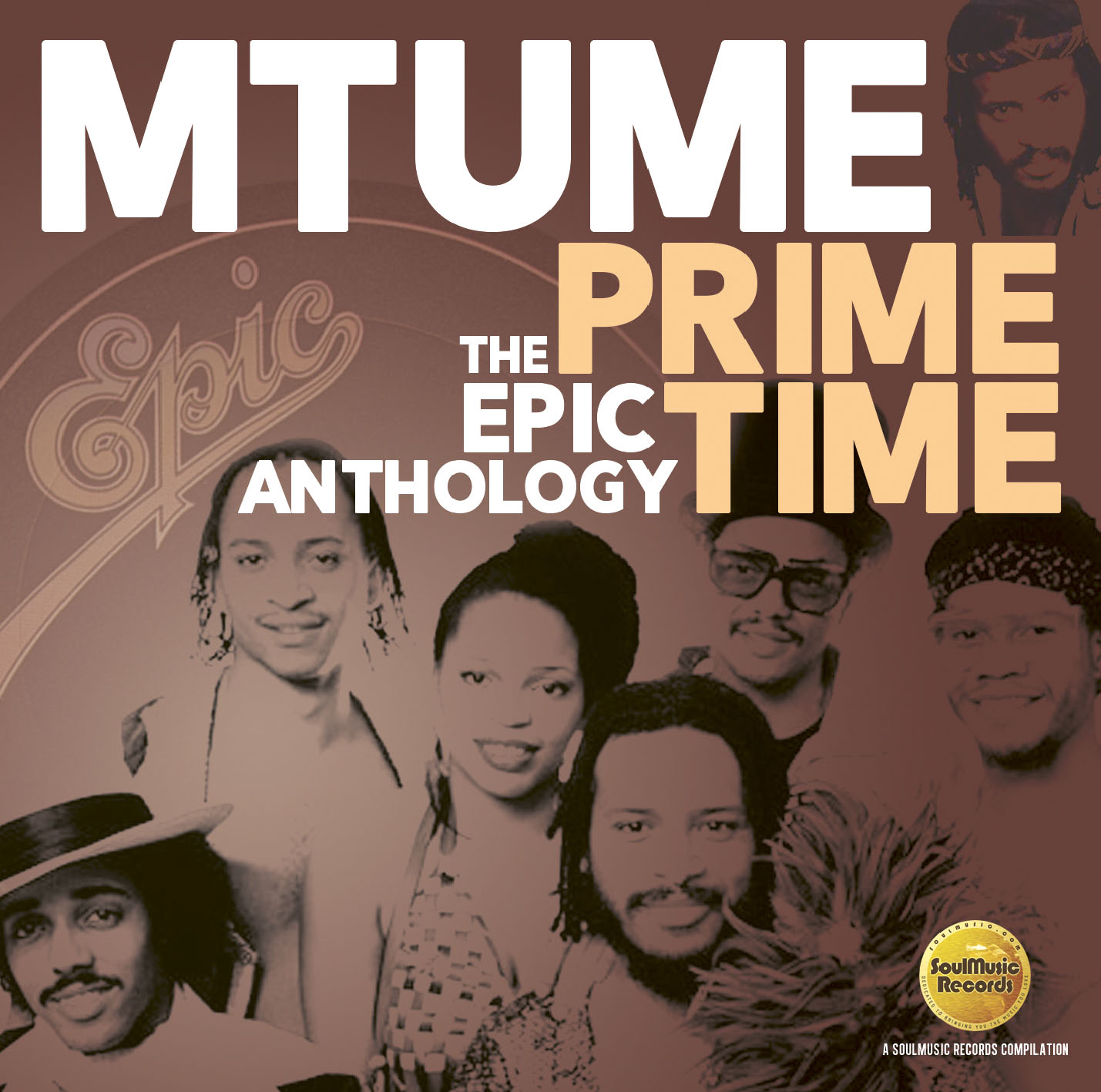 After jazz icon Miles Davis hung up his trumpet in 1975 and retreated into his New York brownstone for a reclusive, six-year period of silence, his percussionist James Mtume and rhythm guitarist Reggie Lucas teamed up to form a songwriting and production duo. They played in Roberta Flack’s backing band and got their first hit when the singer chose to record their tune, ‘The Closer I Get To You,’ as a duet with Donny Hathaway in 1977. Flushed with success, a year later, the duo put together a band, Mtume, and signed a deal with Epic Records. They stayed with the label until 1987, recording five albums and scoring eleven charting US singles, all of which can be found on this fabulous 2-CD retrospective of the group’s Epic tenure.

Success didn’t arrive instantly for Mtume. In fact, their early albums – such as ’78’s ‘Kiss This World Goodbye’ and ’80’s  ‘In Search Of The Rainbow Seekers’ – largely fell on deaf, unappreciative, ears. That was due, perhaps, to the group’s unique and idiosyncratic meld of jazz-inflected, disco-soul sophistication with a zany P-funk-style sensibility. Their debut 45, ‘Just Funnin’,’ scraped into the US R&B Top100, landing at #93 while a second single, ‘Funky Constellation,’ failed to chart. But as this compilation reminds us, there was some good stuff on their first album – the group’s version of ‘The Closer I Get To You’ (featuring Tawatha Agee’s imperious vocals)  is sublime while ‘Love Lock’ is a brilliant slice of astral jazz-funk with soaring wordless lead vocals. Even so, it was the single ‘Give It On Up (If You Want To),’ a slice of thumping orchestral disco-funk taken from the group’s sophomore LP, that really got them on the radar of R&B fans, which just grazed the US R&B Top 30 though its follow-up, the stupendous mirrorball groove, ‘So You Wanna Be A Star,’ couldn’t achieve a similar chart trajectory.

After going back to the drawing board, the band  returned after a three-year hiatus with a new minimalist funk sound defined by synths and drum machines. They scored an instant hit with ‘Juicy Fruit,’ a hypnotic groove ballad that became their signature song and has been much-sampled in the hip-hop age. It ascended to the top of American R&B charts in 1983. Though it’s the undoubted pinnacle of their career, the band produced much more besides and you’ll find all the essential tunes here (including some rare 12-inch mixes). As a bonus, you’ll also find three selections (‘No More Tears,’ ‘Thigh Ride,’ and ‘Did I Dream You’) from lead singer Tawatha Agee’s solitary solo album, ‘Welcome To My Dream.’ Ace liner notes from David Nathan with pertinent quotes from all the key protagonists round off what is a satisfyingly soulful collection.