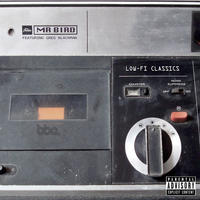 Mr Bird (Steve Bird) is a DJ and multi-instrumentalist who now works out of Lisbon and he’s already released a number of albums under a number of monikers and with a number of collaborators. He’s gradually built up a solid reputation on the underground music scene and with the right kind of breaks and promotion this new 12 tracker should help spread the Bird brand deeper into soul territory. ‘Low-Fi Classic’ is, you see, a great little modern soul set…. by which I mean contemporary, happening soul as opposed to the retro 80s pastiches which masquerade under the banner “modern soul”.

Here Steve Bird has crafted a dozen solid soul grooves and to help him flesh out his ideas he’s brought in up and coming new UK soul man Greg Blackman. Mr. Blackman possesses a great voice which can cover the whole spectrum. Hear him do fiery up-temp on the romp that is ‘The Morning’s Coming’ while on the discofied ‘Right This Time’ he’s a smooth disco medallion man. They’re just two of the distinct flavours Mr Bird gives him to work with. For more variety try ‘Save Me’ where the atmosphere is that of the storefront Gospel church; then there’s ‘Get On Through’ with a garnish of the Philly sound about it; ‘A Love Forever Fly’ marries hip-hop to neo-soul; and ‘Since You’ve Been Gone’ rides a Motown-esque bass line…. though it’s actually nothing like a Motown tune! And that’s the attraction of the album. Steve Bird knows his soul and uses all kinds of reference points without resorting to pastiche and as the title of the album suggests he eschews polish and over-production. He’s worked with passion, enthusiasm and soul – hear it at its best on the opener, ‘ Over Again’, while if you crave tough, tight beats, try the instrumental ‘GB’s Groove’.

Yep… lots of good going on here and you can find out more @ www.bbemusic.com