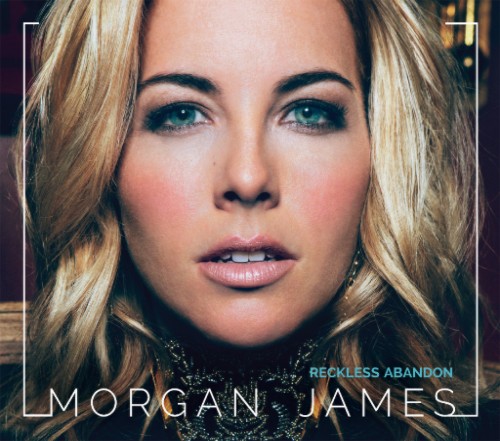 Morgan James is a blue-eyed soulstress who bases herself in Harlem. She came to NYC to study at the Juilliard School. After graduating, Morgan worked in musical theatre and she’s enjoyed star roles and rave reviews in ‘Motown The Musical’ and ‘Godspell’. Soul is her genre of choice though and after recommendation from Berry Gordy she signed a two album deal with Epic. That culminated in her Billboard top 20 hit, ‘Call My Name’ – a cover of the Prince song which was endorsed by the man himself.

Now, striking out on her own, Ms James has just released a self-penned 12 song set on her own label and it’s a varied piece of work on which she explores all kinds of soul styles and much more. Soul connoisseurs though might well suggest that Morgan’s take on soul veers toward the poppier, rockier side of the genre. The opener, ‘Up In Smoke’, for instance, is busy and brash with plenty of soul instrumental clichés but it’s more from the Janis Joplin School of Rock that say, the Etta James Academy of Soul. The most soulful, offering is ‘Ransom’ – a mournful Southern flavoured ballad – hints of Stax and Hi here.

Best of the rest are ‘Making Up For Lost Love’ and ‘Jenny’ where soul meets country; some might dub ’em, “Americana”. Elsewhere ‘Need Somebody’ is the long player’s big ballad – full of building drama – totally contemporary, yes, but there’s not quite enough there to lift it above the plethora of other songs of this ilk.

Morgan James is clearly a gifted singer. You don’t win a place at the Juilliard if you’re not and Berry Gordy, of course, knows how to recognize a great set of pipes. However, great singers don’t always make great song writers and what we need here are some really special songs to allow Morgan to show us what she can really do.