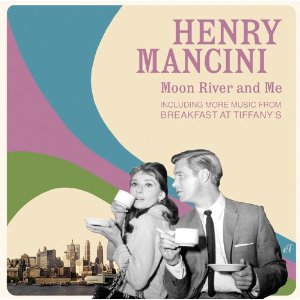 Born in Heidelberg in 1963, Thomas Motter is one of Germany most respected jazz keyboardists. Classically trained, in his teenage years he won a raft of musical awards; then, we’re told, after seeing a performance of ‘Showboat’ he embraced American jazz – particularly jazz-fusion, developing a particular penchant for Herbie Hancock, George Duke and Weather Report. At the same time he also discovered artists like Earth Wind And Fire, Surface, The Gap Band and even Steely Dan… some of whom he managed to see live when they toured the US Rhineland military bases. He eventually played with a number of different bands, then, in 2003, he released two albums which featured American singers Sherlyn Whittiker and Sydney Youngblood. Since then he’s been busy with session work but he’s also been painstakingly putting together this – his third album… which he’s releasing under the “band” name ‘Moon Base’. The Moon Base team includes Helen Taylor, Karl Frierson and ex Soul II Souler, Melissa Bell on vocals with Ralf Gustke on drums, Larry Kimpel on bass and Bill Evans on sax and the clue to the set’s sound is in the title. ‘Moon Base’ is a spaced out affair on which Motter and his crew take specific genres – soul, funk, jazz, R&B and hip-hop- and place them into an inter-galactic context and when it works the music really does fly to another dimension.

Where this album really works in the ballad department. Best of the slow bunch is the shuffling, moody title track. ‘High, with a little Jill Scott garnish about it, is truly sensual and Helen Taylor’s vocal really nails it down…. ably abetted, it must be said, by Bill Evan’s weaving sax. Keith Anderson takes sax credits on the equally soulful ‘4 You’ – here Melissa Bell is on lead. Menoosha Susungi is out front on the Minnie Riperton-esque ‘Anoosha’s Lullaby’ while there’s a Lisa Stansfield thing going on with ‘Turn Around’ (lead vocal from Helena Paul).

Elsewhere ‘Watch Out’ is a rocky affair with wild guitar from Billy Allen; Space Disso’ is what it says it is; ‘Jazz Music’ updates the Manhattan Transfer sound – more great sax … this time from Nathan Cross; and ‘Fine Tuning’ is an attempt at cool, “rockney” rapping. There’s also a tight beater, ‘Moon Cookies’, a spoken word ‘Do Me Like A Lion’ and the neo-soul ‘Thinkin’ ‘Bout You’. If I’ve made it all sound derivative, I didn’t mean to. My allusions are simply to offer a context. The sound of ‘High’ is truly original and to set it “somewhere out there”, Motter has included spacey interludes and effects including tapes from NASA’s mission control! Free your minds and get ready for lift off!