MONOPHONICS: It’s Only Us (Colemine Records) 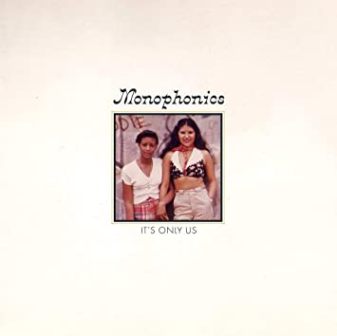 2019 was a great year for new, contemporary soul. Amongst the highlights was a plethora of releases from (for want of a better description) “blue-eyed soulsters” who channelled their passion and knowledge of classic 60s and 70s soul to forge a new sound that was at once contemporary yet respectful to soul’s roots. Amongst these young Turks was Kelly Finnegan whose ‘The Tales People Tell’ LP was one of 2019’s best.

We learned that Kelly wasn’t  that “young”… 37 in fact. His father had played keys in numerous soul bands at one time was MD for Etta James. So, immersed in music from an early age, Finnegan was soon drumming and playing keys in various bands. First it was hip-hop, then in 2010 he found funk as vocalist in Bay Area band the Monophonics. In 2015, the band sort of “cooled off” and Mr F went on to do his own thing … the result being ‘The Tales People Tell’.

Now “cooled off” doesn’t mean that the band split. They continued sporadically and since  2018 they’ve been  laying down some tracks… the result being the 8 tracker that is ‘It’s Only Us’.

‘Chances’ was the first single from the album – and it kind of sums up the Monophonics sound….a hint of Curtis Mayfield, a whiff of Isaac Hayes, a garnish of Thom Bell and a lot of a lot more! That said, the end result is rougher and tougher than almost anything those maestros crafted. The band call their sound a mix of “heavy soul and psyche rock” and you wouldn’t argue. Amongst the album highlights is ‘All In The Family’ where, if you want a reference point, the falsetto will remind you of the Delfonics, but it’s unlike anything the Philly threesome recorded. It’s like we’ve said – a new, tough  sound  but rooted in heritage! Finnegan says they were trying to make music that feels classic  – as familiar as an old song you grew up with, while simultaneously raising questions about the state of music now and what the future might hold! Just about sums it up! Out April 24th.