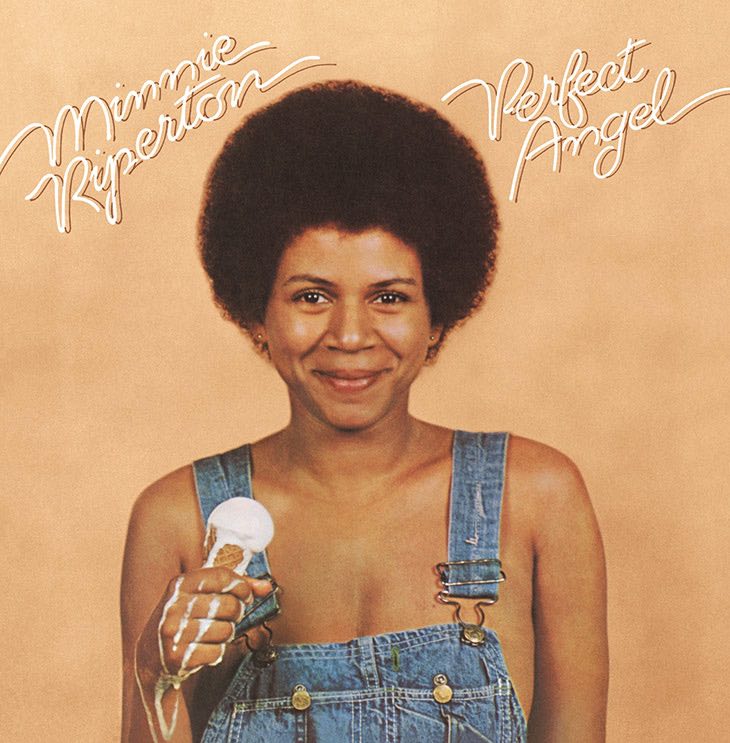 A prodigious talent who died too soon and too young, Minnie Riperton was a singer unlike any other. Renowned for her sweetly soulful voice with its five-octave range and ability to hit glass-shattering high notes,  Chicago-born Riperton – the youngest of eight children – studied opera before joining a vocal group called The Gems in the mid-1960s, who did background sessions for Chess Records. They even recorded a few sides together before Riperton went solo and cut a 45 as Andrea Davis for Chess. She then joined Chess’s psych-soul group, Rotary Connection, between 1967 and 1971 and then released her solo LP, ‘Come To My Garden,’ in 1971 for GRT. After the album – helmed by noted Chicago arranger/composer/pianist Charles Stepney, which is now considered a cult classic – bombed, she put music on the back burner and concentrated on bringing up her two children. Fortunately, though, Epic Records heard one of her demos and were prompted to sign her in 1974. Her first choice as producer was Stevie Wonder, who agreed to record her, though because of his Motown contract was credited as  El Toro Negro, but he also composed two songs for the album – the title track and ‘Take A Little Trip.’

It’s 43 years since ‘Perfect Angel’ was first released. It proved to be Minnie Riperton’s most popular album – topping the US R&B albums chart – thanks mainly to the success of the single, ‘Lovin’ You,’  a gentle lullaby where Riperton hit some occasional stratospheric high notes to the accompaniment of twittering birdsong. The album is now owned by Universal and has just been remastered for this deluxe reissue to commemorate what would have been Minnie Riperton’s 70th birthday.  The original album is expanded to a double set that includes an alternative version of the LP (called ‘A More Perfect Angel’) compiled from different, previously unheard takes. Offering longer renditions and sometimes, radically different versions from those on the original LP,  it proves to be a fascinating listen.

Without doubt, the most radical alternate version is of Riperton’s signature song, ‘Lovin’ You.’ The released version was minimalistic compared with this take one (dubbed ‘Band Version’), which has a Latin-style rimshot-backbeat and prominent guitar – and, crucially, an absence of birdsong noises, which makes it less twee than the original. The Stevie Wonder-penned ‘Take A Little Trip’ is also remarkable because it is reconfigured into a duet with its writer on lead vocals on the chorus sections while Riperton handles the verses. There’s also some studio chatter between Wonder and Riperton on the intro segment to a stripped-back acoustic version of ‘Seeing You This Way.’

The country-style ballad ‘It’s So Nice (To See Old Friends)’ is double the length in its alternate form, running to almost nine minutes and includes a tasteful lap steel guitar solo from Sneaky Pete Kleinow (whose contribution was uncredited on the original album). One of the rockier tunes on the album, ‘Reasons,’ is also longer, with Riperton trading high notes with Marlo Henderson’s guitar before the track falls away to reveal Reggie McBride’s lone bass. There’s also a much longer version of the title song with a disco bass and drums breakdown near the end.

Appended to this alternate album is an unused outtake from ‘Perfect Angel,’ a jaunty track called ‘Don’t Let Anyone Bring Me Down,’ with Hubert Laws on flute and some weird synth notes at the end. As Riperton fans will know, the song was straightened out and re-recorded on the singer’s next LP, 1975’s ‘Adventures In Paradise.’

Sadly, we’ll never see or hear the likes of Minnie Riperton again. She was a unique singer whose music, as ‘Perfect Angel’ reveals with its amalgam of rock, country , funk, and R&B flavours, often defied categorisation. ‘Perfect Angel’ may well be perfect as it is but the inclusion of an alternate version of the album offers us the chance to see its songs in a new light.