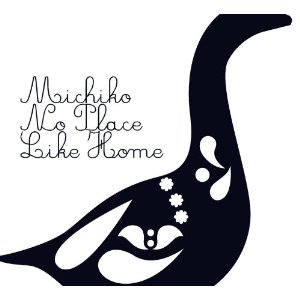 London-based Michiko debuted in 2006 with the ‘Daydreamer’ album. The music was as enigmatic as her background … her roots are in Australia, Germany and Japan, but the set quickly won acclaim for its laid-back summer vibe and it soon became a trip-hop/chill-out favourite. ‘No Place Like Home’ is the follow up and it offers more of the same ethereal grooves though there’s a more upbeat feel and a hard-to-pin down emotional feel to proceedings. .. sonically visualise, if you would, Sade recording for Naked Records and hear it best, physically, on the insistent title cut. More of a groove than a “proper” song it has considerable innocuous charm which is extended in the gentle samba style remix which closes the set. ‘Midnight And Lime’ is another Sade sound-alike. All three tracks though are more convincing than anything on Sade’s own last long player. Elsewhere, ‘Pieces Of Your Heart’ is quite lovely – gentle and otherworldly while ‘You Are The One’ offers more of the same vague infectiousness. The “wildest” cut (maybe not the right word in this context) is ‘Empty Room’. It has its own pace without being frantic. The lyric is semi-spoken and there’s a 70s style flute going on too. It’s like a mini hippy-fest… Goa meets Ibiza circa 1969. ‘Outta Sight, Outta Mind’ is the album’s most overtly soulful cut – not classic soul, of course, but a rolling, organ-led groove and a “felt” vocal. Like the whole album, it won’t be everyone’s cup of musical tea but if you’re looking for soundtrack to accompany a laid-back summer this set will fit the bill perfectly.