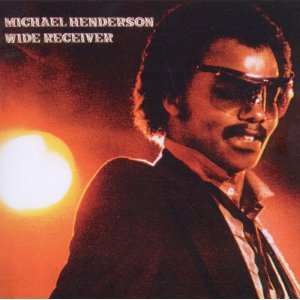 Despite a decent solo career, Yazoo City’s Michael Henderson is probably best known for his collaborations with Norman Connors (the most famous, of course, being ‘You Are My Starship’). Prior to working with the percussionist, Henderson had played bass in the Motown studio band and on the road with the Fantastic Four, Aretha Franklin, Stevie Wonder, Marvin Gaye, Billy Preston and Mile Davis. His work with Connors bought him a solo deal with Buddah and ‘In The Night Time’ was his third album for the label. It was also his most successful – going gold and yielding a no. 3 R&B hit in the shape of ‘Take Me I’m Yours’. This Super Bird reissue allows us enjoy that lovely, easy-going swayer one more time and what a lovely slab of smooth soul it is! Featuring Rena Scott, the duet hasn’t dated one jot and it’s easy to hear why it went top 3 back in ’78. ‘We Can Go On’ and ‘In The Night Time’ offer more smooth balladeering though ‘Am I Special’ – another slowie – is a lot more dramatic with hints of Marvin Gaye and Leon Ware about it. Elsewhere, Henderson flexes his funk muscles (albeit not too strenuously) on ‘Yours Truly Indiscreetly’ and on the instrumental ‘Happy’. The two other cuts are ‘Whisper In My Ear’ which has a George Benson feel to it and the very loose and laid back ‘One To One’ which again will recall Marvin Gaye. And that’s it – eight cuts… and all very welcome but you can’t help but wonder why the label didn’t offer some bonus cuts or even add a whole second album – like 1980’s ‘Wide Receiver’, which, though not as successful overall as ‘In The Night Time’ did yield our man another big hit in the form of the quirky, funky title cut.