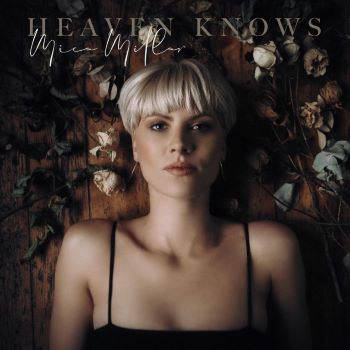 Manchester soulstress MICA MILLAR has been on the scene since 2017 when she released her first single, ‘My Lover’. Since then, of course, an awful lot has happened and in Mica’s case the creative problems that the pandemic and lockdowns caused were compounded by an horrendous accident in 2020 that left her with a broken  back. Mica narrowly escaped being paralysed from the waist down. Instead of giving up, though, Mica pushed on  through the challenges, taking on rigorous rehabilitation, determined to carry on making her own brand of contemporary soul.

That grit has paid real dividends as Ms M’s three singles this year have won critical acclaim and support from the soul cognoscenti. First there was the moody ‘Preacher Man’ which dealt with escaping from capitalism in pursuit of what it truly means to be human . That was followed by the catchy ‘Girl’ which spoke of taking inspiration from the commonalities of our respective journeys through life. Then there was the lovely 60s retro groove  of ‘Heaven Knows’ – a song with a deep meaning , exploring things like faith and fate.

Mica has chosen ‘Heaven Knows’ as the title for her debut album, which is released today, June 10th and those three singles, despite their familiarity still offer sonic vibrancy and food for thought. Indeed throughout the set Mica’s songs deliver plenty more powerful messages. The moody ‘Trouble’ for instance, deals with resilience and facing your fears while the shifting ‘No Money, Nor Faith (Freedom)’ is a protest anthem about inequality, capitalism, oppression and human exploitation.

The album, though, isn’t all preaching. Mica offers plenty of music that deals with what we could call the normal fare of popular music – romance and relationships, though our girl puts her own spin on  it!  Take the inventively produced ‘Flashlight’. Mica calls this her “movie depiction of romance” – a sonic sketch of what it would feel like if being in love. ‘Will I See You Again’ is a moody “loss” ballad with a Southern soul flavour while the harmonic ‘Down River’ seems to hark back to the torch song era – another inventive production.

Sonically the cuckoo in the nest is the aforementioned ‘My Lover’. You’ll remember this was Mica’s debut single and it’s a song close to her heart so it was a no- brainer for her to include it on the LP.  Here the remastering enhances the song’s plaintive beauty – simple piano accompaniment and that soulfully, emotive voice.

And it’s that voice that’s the star of the show. Whether the songs are delivering a socio/political message or exploring that most elusive of emotions and all that it brings in its wake, it’s the beauty of the soundscape that will blow you away. If you really care about proper, contemporary soul music, you need to investigate. Little wonder that more than a few soul tastemakers are already talking about Mica Millar’s ‘Heaven Knows’ as Brit soul album of the year! Find out more by accessing our interview with Mica in our interview archive.