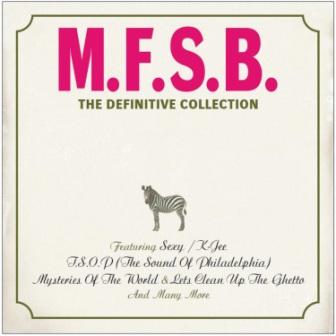 All soul collectors know that all the great labels had their own studio band…. Stax, Motown, FAME and more used the same players over and over again giving the music that the labels issued an easily identifiable sound. Gamble and Huff’s Philadelphia International label was no different. Right from the start (with their earlier labels like Gamble and Neptune) the dynamic duo knew the value of using the same musicians and working out of Philadelphia, they were spoilt for choice. The City Of Brotherly Love was chock-a-block with top, seasoned session players who’d worked for earlier, influential labels like Cameo-Parkway and Arctic while many of the city’s large Italian immigrant population had retained a love of and an ability to play Italian string-driven operatic and orchestral music … the “sweetener” that Gamble and Huff used consistently to make their records a little different, a little more polished, a little more sophisticated. And the studio players they assembled at Sigma to back the O’Jays, the Three Degrees, Billy Paul, Harold Melvin and the Bluenotes, the Intruders and many more did just that – created a very special sound.

That sound was so special that in 1973 Gamble and Huff decided to release records specifically by their studio orchestra and when a name was needed they opted for MFSB – “Mother, Father, Sister, Brother” or something ruder, depending on whom you believe. Soul buffs will know the names of the key players. People like Thom Bell, Bobby Eli, Norman Harris, Earl Young, Don Renaldo and Vince Montana are the stuff of soul legend; ditto the music they crafted.

Over the years many of MFSB’s albums have been reissued but it’s hard to remember anything that resembles a definitive retrospective. Et voila – here we have one! Robin Songs have just issued this delightful 2 CD, 32 track collection that pulls together all the big moments from MFSB’s history… none bigger than ‘TSOP’ – the catchy, signature earworm that perfectly sums up the MFSB sound. Elsewhere there’s a moody version of ‘Backstabbers’, the smooth jazz precursor ‘Old San Juan’, the obligatory cover of Elton John’s ‘Philadelphia Freedom’, the vocalised (one of several) ‘Let’s Clean Up The Ghetto’ and much more.

For those who want to know what’s what and who’s who, the sleeve notes come courtesy of SJF’s redoubtable Charles Waring. They describe the music with the insight it deserves.