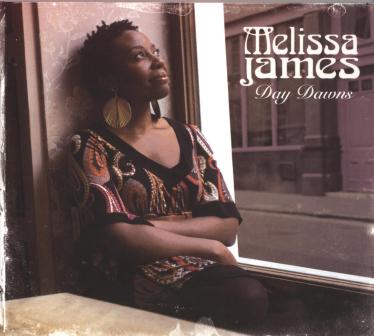 Melissa James is a UK based singer/songwriter already building a following on the club circuit with her heartfelt mix of soul and jazz. That fan base is set to expand with the release of this, her debut set – a 13 tracker of varied material given a unity by her warm, velvety vocal delivery. There’s lots here that’s radio friendly – notably ‘Little Caged Bird’ and ‘Sing’. Both are uplifting and they’d sit comfortably on the Radio 2 daytime playlist.

Ms James can do the complex stuff too. The opener, Don’t You Keep Yourself’ Down’ is a bass-led, lazy, jazz roller while ‘You Make Me Feel Good’ maintains the jazz mood in a clever, finger-clicking way. For variety, the simpler ‘Sing’ dips into the neo-nu soul bag (shades of India.Airie); ‘Do You Remember When’ has a Latin lilt about it; and ‘Long Road Travelled’ has its roots in country. The album boasts some fine ballads too –the best being the stately and dramatic ‘I Need You Here’ which you’d be forgiven for guessing had been cut in Memphis rather than London… maybe it’s something to do with the fact that it was recorded in analogue, but then again, maybe it down to the commitment in the vocal.

The album offers a couple of covers too – Eric Bibb’s ‘Don’t Ever Let Nobody Drag Your Spirit Down’ and Hoagy Carmichael’s ‘I Get Along Without You Very Well’. On the former Melissa proves she can “do the blues” while on the Carmichael standard she crafts the album’s best track. It’s a beautiful rendition of a lovely song. The voice perfectly matches the sentiment, with an inner aching which convinces you that despite what she says, she won’t get along without him at all and to add to the melancholy there’s a plaintive muted trumpet figure shadowing the vocal.

You can find out more about this album, its live launch and a mini summer tour by going to www.melissa-james.com