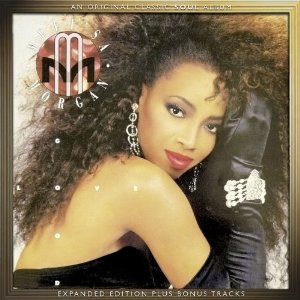 With her distinctive husky voice, former High Fashion singer, Meli’sa Morgan, was riding high in 1986 on the back of her #1 US R&B smash ‘Do Me Baby,’ which was a smouldering version of an erotic Prince ballad from the Purple One’s ‘Controversy’ album. ‘Good Love’ was Morgan’s second album for Capitol and released in 1987 it saw some serious chart action in the States thanks to the stomping techno-funk of its first single, the Paul Laurence-helmed ‘If You Can Do It: I Can Do It Too!’ The hard-edged character of that dance track, though, was in stark contrast to the rest of the album, which had a more soulful vibe and blended plaintive groove ballads – including a searing duet with Kashif called ‘Love Changes’ – with sensuous slow jams (‘Just For Your Touch’) and driving funk (exemplified by ‘Good Love,’ which used the same rising bass octaves on piano that had defined Morgan’s earlier hit, ‘Fool’s Paradise’).

Despite input from heavyweight producers like the aforementioned Laurence, Kashif and Brian Morgan plus songwriters Carl Sturken and Evan Rogers (who penned the moody ballad, ‘Here Comes The Night,’ which also appears as a bonus extended remix), the album’s best moments are masterminded by Morgan herself with her then musical partner, keyboardist, Lesette Wilson. Their arrangements, led by Wilson’s piano, are sparser but more telling and soulful – like the seductive groove ballad, ‘I’ll Love No More,’ which boasts jazzy inflections, and the sensuous closer, ‘You’ve All I Got’, with its strong gospel overtones and which really shows off Morgan’s gorgeously smoky vocals. This value-for-money extended reissue includes a variety of single mixes from back in the day – the best by a mile is a truly brilliant remix (done, would you believe, at Pete Waterman’s PWL studios in the UK) which transforms the album’s title track into a pulsating dance track with an addictive groove. For this one track alone, this reissue is well worth shelling out for.