MAYER HAWTHORNE; How Do You Do (Universal Republic) 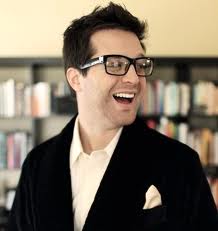 Mayer Hawthorne broke through a couple of years back with the remarkable ‘A Strange Arrangement’. Its mix of old school sweet 60s/70s soul with a 21st century twist was popular with both soul veterans and new music fans who delighted in its fresh naivety. Since then Mayer’s been building his fan base with a busy live schedule and through occasional web-only releases (check out the lovely ‘You Got The Makings Of A Lover’). Now signed to a major label and championed by the likes of Snoop Dogg, Kanye West and Justin Timberlake and fêted in mags like Rolling Stone, Mr H seems to have thrown off his underground mantle … but the good news is that even with all the attention and the bigger budgets, his music’s not changed. ‘How Do You Do’ is every bit as good as ‘A Strange Arrangement’ – yes more polished and a bit slicker but still full of soulful energy, enthusiasm and joy… and surprises.

The album’s first single is ‘The Walk’ and it’s a great summation of Mayer Hawthorne’s artistry. Superficially it comes on like just about the perfect 60s harmony soul group confection. In it you’ll hear shades of the Impressions, the Esquires, the Parliaments, the Radiants and many more but Curtis Mayfield (even George Clinton – in the 60s at least) never wrote lyrics like “From the minute I saw you, I thought you were so fine. But your shitty, fuckin’ attitude made me change my mind“. Therein lies the man’s attraction. His music is soothingly familiar but there’s also an edginess beneath the surface. If you would – it’s a mix of the expected and the unexpected.

The aforementioned Snoop is another unexpected element on the album. He turns up with a short rap on ‘Can’t Stop’- a strange mix of soul group harmonies running over a shifting, modern R&B backing track. It’s the LP’s oddest cut; elsewhere everything (on the surface at least) sounds more straightforward. The opener ‘Get To Know You’ melds the sounds of the Manhattans with the Delfonics, while the album’s other big ballad, ‘You’re Not Ready,’ is redolent of the Impressions (Dennis Coffey on guitar here, by the way).

Dancers will delight in ‘Finally Falling’ and ‘Hooked’ while ‘The News’ has a reggae lilt to it – quite different to the almost Steely Dan flavours of ‘A Long Time’. I guess you’ve realized there’s a lot going on here and we’ve made lots of comparisons and (hopefully) useful reference points, but in the end Mayer Hawthorne has crafted a unique, modern sound.. a sound clearly rooted in the past – but totally contemporary. ‘How Do You Do’ is a definite contender for album of the year. To learn more, go to our interviews section to check out an archived interview with him from 2 years ago.