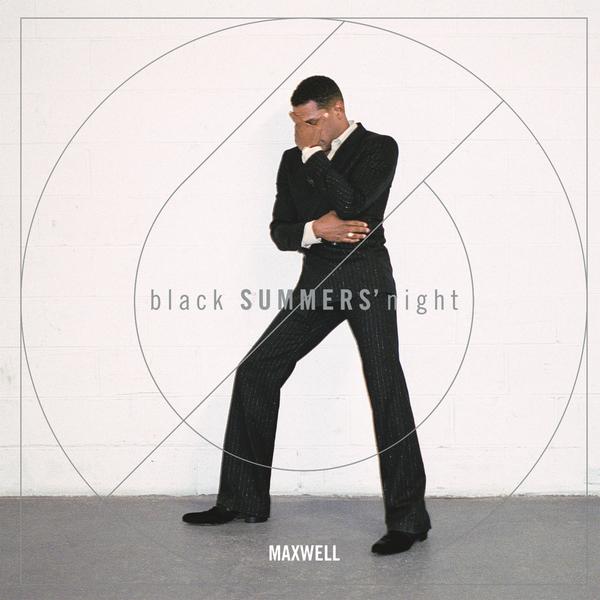 To many worshippers at the shrine of modern soul the less than prolific Maxwell is something of a demi god. That reputation, I’d contend, rests chiefly on his ground breaking debut ‘Urban Hang Suite’. A melding of the affectations of Marvin Gaye and the idiosyncrasies of Prince, but carried chiefly by the genius of its creator, it’s remains an essential soul mile stone and in ‘Ascension Don’t Ever Wonder’ we have one of soul’s most perfect single tracks. I even know more than one soul-loving couple who had ‘Ascension’ as their wedding song!

And afterwards? Well, even die hard Maxwell people would admit that Mr. Rivera’s sporadic post ‘Urban Hang Suite’ output has never quite attained the same heights. ‘Embrya’ was confusing, chaotic and self indulgent; the less conceptual ‘Now’ was more warmly received taking no. 1 spot on the US album chart. Then the gap…. almost seven years before ‘BLACKsummers’night’ in 2009. That one – the first episode of a trilogy – was another commercial success and satisfied fans without convincing non-believers.

Now after another seven years Maxwell treats us to his fifth studio album and the second instalment of the promised trilogy. The eleven tracker’s been put together with the assistance of the man’s usual team… Hod David, Musze and Stuart Matthewman and between them they create a coherent body of work that has real consistency and an easy accessibility that harks back to ‘Urban Hang Suite’.

The album was prefaced by the hyped single ‘Lake By the Ocean’ and if you’re familiar with the song (I’m sure you are) that’s, essentially , the sonic and lyrical flavour of the album…oblique yet romantic lyrics delivered over a dense soundscape that at its best shimmers and floats with an ethereal beauty. That beauty enhanced throughout by Max’s remarkable voice … a unique falsetto swathed in otherworldly harmonies heard best on ‘Fingers Crossed’, rivalled by the opener, ‘All The Ways Love Can Feel’, as the album’s snappiest song. ‘Of All Kind’ is another wonderful showcase for THAT voice but ‘blackSUMMERS’night’ isn’t an album for cherry picking. The set’s about mood and ambience; it’s meant to be listened too regularly and in its entirety. So sit back, forget the political turmoil, disregard the football disappointments and relish one of soul’s most unique voices and edgy talents … it might be seven more years before you get another opportunity!