MATT BIANCO: ‘Gravity’ (Must Have Jazz/Membran) 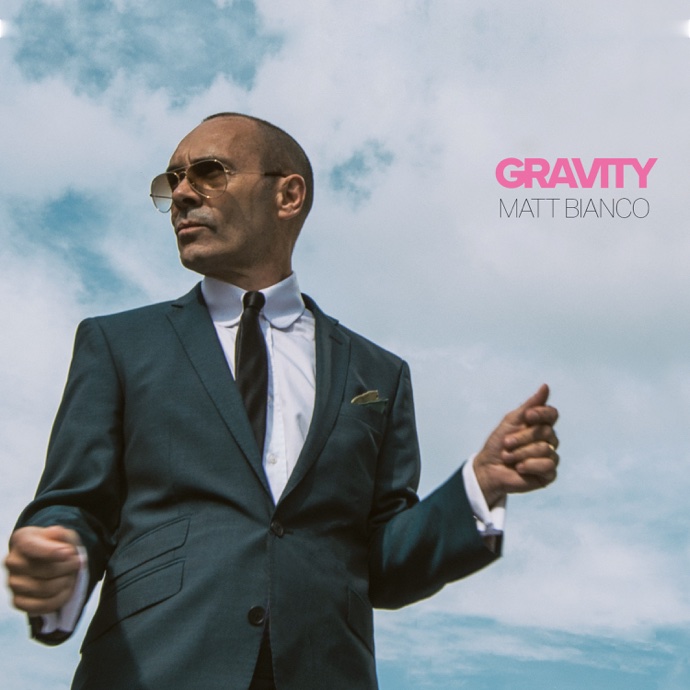 Initially a quartet, London’s Matt Bianco seamlessly blended infectious pop with jazz and Latin flavours and were regular visitors to the UK singles charts between 1984 and 1989, scoring ten hit singles (their biggest was 1988’s double A-side, ‘Don’t Blame It On That Girl’/’Wap-Bang-Boogie’) and three smash albums. Though the chart hits dried up as the ’80s became the ’90s, the group soldiered on then slimmed down to a duo (with singer Mark Reilly and keyboardist Mark Fisher). The records kept coming but their days of mass exposure were a thing of the past. After the passing of Mark Fisher last year, Mark Reilly vowed to carry performing in the guise of Matt Bianco. This new studio album, Matt Bianco’s thirteenth so far (excluding their compilations) , follows in the wake of last year’s ‘The Things You Love’ EP, a collaboration with Holland’s New Cool Collective funky jazz band.

Although back in their heyday they were loved by some and loathed by others (especially the blinkered jazz purists), Matt Bianco’s zeal, commitment and energy to their art was never in question and on this new set, Mark Reilly adheres to the tired and trusted musical values that served the band so well thirty or so years ago: namely, catchy tunes allied to strong musical content and danceable, jazz-inflected grooves. On that basis, ‘Gravity’ doesn’t disappoint.

‘Joyride’ is a blithe opener, riding on sinuous rhythms with Reilly’s Georgie Fame-esque vocals punctuated by cool horns. The brass – a prominent component of the record –  are funkier on ‘Invisible,’  whose blend of chirpy catchiness and cool nonchalance encapsulates the stylistic essence of Matt Bianco. The album’s title track, with its muted horns, has a deeper bluesy feel, while ‘Heart In Chains’ is a lovely nocturnal ballad about unrequited love where Reilly’s lead is counterpointed by Elisabeth Troy’s responses to create a dialogue effect. Striking, too, are the swinging shuffle groove, ‘AM/PM,’ the sleek, supple Latin groove ‘Summer In The City,’  and the mellow, ‘Before It’s Too Late,’ featuring some wonderfully emotive sax work from Dave O’Higgins.

Appended as a bonus cut is Mark De Clive’s remix of ‘Joyride,’ which loosens up the groove, imbuing it with a laidback ambience. Overall, then, a fine, stylish return from the irrepressible Matt Bianco, who have matured over the years like a vintage wine.