MATHER; No Looking Back (DSG) 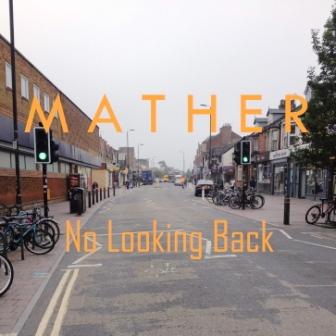 (Stuart) Mather is the “Mather” in UK soul duo Mather & Kingdon who made waves last year with their LP ‘Life’s So Sweet’. For all kinds of reasons the pair (though working on a joint follow up, we’re told) are also pursuing solo projects and this 13 tracker is the first effort to hit the sales racks.

Interestingly, thanks to some clever promotion work most serious soul buffs will already be familiar with some of the music herein. I think we’ve already had three singles from the album, ‘Butterflies’, ‘This Is Serious’ and more recently ‘I Can’t Forget About You’… Stuart’s great cover of the old Ron Matlock song. This new version is a little different to the original. It’s a touch lighter and a little faster but the production retains the catchy, building instrumental hook. (If you have a chance try to find the Ken At Work remix. It’s not on the album, sadly, but it’s already a modern room favourite).

Those three tunes sweetly sum of the mood of the whole album….. musically we have a very British twist on the modern soul idiom; nothing too complex or demanding; nothing that’s mould-breaking… just optimistic, good time soul with a garnish of pop. If I may make a comparison… listening through, in places I was reminded of the Real Thing (remember them?). Mather’s tune ‘It Just Ain’t Good Enough’, for instance, though a whole lot slower and quite dirrerent, has the same kind of catchy piano intro as the Liverpool band’s ‘You To Me Are Everything’… yep, high end pop soul.

Mather offers more of the same on ‘Seven Years’ (NOT the Impressions’ song!) and the album’s title track. Elsewhere, ‘Tonight You Put A Spell On Me’ is a very pleasing, naive almost, Latin-tinged mid-tempo outing with some great sax weaving in and out of the vocal parts, while ‘Your Stuff’ takes us into polite soulful house territory, though genre aficionados might be put off by the Najee-style sax fills.

MATHER; No Looking Back is out now on DSG Records