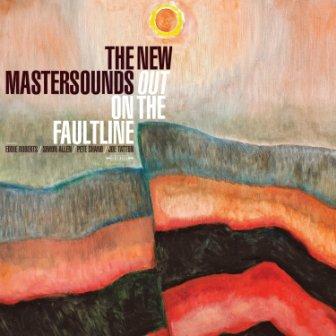 Master Plan Inc was a 70s Chicago soul and funk band that went through several incarnations but their constant member was Fred Shorts. Shorts had previously been in several groups (The Mannequins, The Visitors and T.H. E.M. amongst them) while he’d also spent time working for the Jerry Butler writers workshop, where he’d been mentored by Calvin Carter. He formed Master Plan Inc in 1974 and between then and their disillusioned disbanding a couple of years later they had a fairly fluid line-up which at times included a full horn section and a female vocalist, Joann Addison. Their story is similar to hundreds of other showbiz hopefuls…a mix of dreams and talent sent to burn and crash in a welter of bad deals, shady managers, exploitative agents and missed opportunities.

Master Plan Inc did, however, manage to make a few records – most notably for Brunswick Records – and one of their tunes – the breezy , brassy ‘Something To Be Done’ has become an in-demand underground soul classic with copies changing hands for $2,000 plus! Needles to say, Shorts and the other members of the group never got/get to enjoy any of those inflated sales returns… well, maybe, not till now. Esoteric collectors label, Jazzman Records tracked Fred Shorts down and discovered that he owned the master of ‘Something To Be Done’; they also discovered he had a whole stash of previously unreleased material. A “proper” deal was done and the result is this – Master Plan Inc’s first ever album!

The album’s standout is the aforementioned ‘Something To Be Done’ and it’s easy to hear why it’s become an in-demand item. With punchy brass and intricate changes, it’s spot on for the modern soul scene… while it’s funky edge will please harder cored soul collectors too. There are two mixes of the song, by the way. ‘Bag Up’ is another album highlight. A simmering funk roller, this one features Joann Addison on lead vocals. ‘Bright Lights Big City’ is another that should be considered by the modern soul crew, while the more laid back ‘Special Love’ is an understated gem – very “Chicago”. Yes, like everything else on offer here it’s rough hewn, rustic even… but its “proper” soul music; as authentic as it gets and good on Jazzman Records for at last getting Master Plan Inc out there… let’s hope that both parties see some returns.