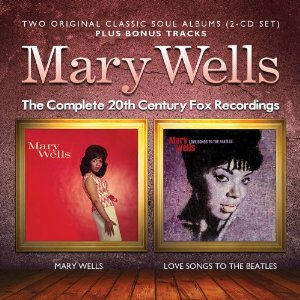 Mary J Blige has come a long way since, back in 1992, she asked about the 411. She’s sold something like 50 million records and claimed 9 Grammy Awards (nominated for 29, by the way!). She’s founded a charity for the advancement of women and, at the other end of the feminist spectrum, her perfume, ‘My Life’, has just sold over 60,000 bottles on the US Home Shopping Network! She’s also set to hit the big screen. 2012 should see two Blige films go on release – ‘Rock Of Ages’ (a Tom Cruise vehicle) and ‘Nina’ (a biopic of Nina Simone). If that’s not enough she continues to make music. ‘My Life II’ is, I think, her tenth album and the news is that it’s every bit as good as the previous nine… and, annoyingly, just as enigmatic – posing more questions than it answers. That is self-evident from the title. Why is it labelled as the follow up to her 1994 ‘My Life’ collection? And, why then, teasingly, add the sub text “The Journey Continues, Act 1”? That mixed concept is never properly explained and it would be a brave man/woman who’d demand of her the answer. All she offers is “The album is a reflection of the times and lives of people all around me”.

So, let’s just let the music do the talking. The set opens with a phone skit that actually harks back to the opening track that kicks off ‘What’s The 411?’, but the “call” is with Puffy and that’s what makes the link with ‘My Life’. He’s just one of the big name guests featuring on the album. Best collaborative effort is the dance-friendly ‘Next Level’. Here the beats are slick, tight and focused. The melody is a winner and Busta Rhymes brings the right amount of rustic, rough, raspy rap to temper all the polish. Least effective collaboration is possibly ‘Mr Wrong’ with Drake … though the duet with Rick Ross (‘Why’) lacks sparkle too. Beyoncé gets involved as well. She coos as delightfully as ever on the unusually sweet ballad, ‘Love A Woman’.

But , despite the guest list, this is Mary’s album and there are solo cuts here that rival her very best. ‘Don’t Mind’ is another pleasing “felt” ballad. ‘The Living Proof’ is another slowie – more dramatic and with a feel of Michel Jackson about it. Interestingly ‘You Want This’ might also remind you of MJ .. this time in his Quincy Jones produced dance era. It’s a great cut – perfect for the floor, as is the set’s big cover – a take on ‘Ain’t Nobody’. As you’d expect, Ms. B does it her own way, and just as the original Chaka K-vocalised cut fills floors everywhere this is destined to do the same. It’s interesting – but not as intriguing as ‘Need Someone’. Recorded in London, this acoustic track verges on indie rock. The vocal though is outstanding and despite the sass, the enigmas, the posturings and everything else, it proves that Mary J Blige is still a soul force to be reckoned with.