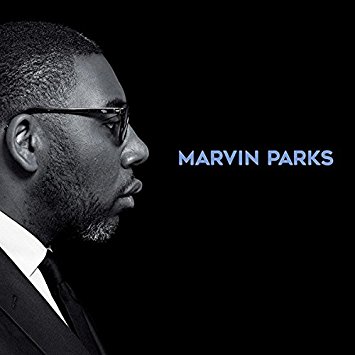 Born in Baltimore, jazz singer Marvin Parks now works out of Paris. He arrived in the City Of Light in 2013 for a three week holiday but he quickly decided to stay. To support himself he sang in the corridors of the Metro and his unusual style (you don’t get too may buskers singing Cole Porter and George Gershwin!) won him plenty of supporters. From there he got to play jazz clubs and bars, where he earned himself a reputation as a consummate interpreter of the Great American Songbook.

In 2012 he released his first EP – ‘The Very Thought Of You’ which contained a trio of three original songs alongside 3 standards. That brought Marvin to the attention of respected Italian muso, Nicola Conte and eventually a deal with Schema Records, the vehicle for this new 13 tracker (Conte’s the producer, by the way).

The set’s a mix of Parks’ beloved standards and three originals though one of those, ‘Awakening’, is an old collaboration between Nicola Conte and Jose James. The other two are Conte’s ‘Sea And Sand’ and Parks’ own ‘African Other Blues’. That one recalls the art of Oscar Brown Jr and, interestingly, one of the covers is a version of Brown’s ‘Brother Where Are You?’. Clearly Mr P is a big Brown fan and good to hear the great man’s songs getting another airing. Indeed though Parks here is dipping consciously into the American songbook, several of his choices don’t get covered that often. Here Parks offers things like Billy Strayhorn’s ‘A Flower Is A Lonesome Thing’ and the movie song ‘Charade’ which more often than not comes as an instrumental. If you like the tune you can enjoy it here in two versions…. the (I’m guessing) “original” mix and a “Swing Version”. Little to choose between them… both are treated imaginatively. Indeed even on the familiar (‘Nature Boy’, ‘The Very Thought Of You’ etc) Parks and Conte avoid the obvious and throw fresh light on old friends. Maybe it’s the coming together of Park’s heritage and gospel singing roots with Conte’s European sensitivities that brings the freshness; then we haven’t mentioned the contribution of the players … a tight septet that plays throughout. Pianist Pietro Lussu and saxophonist Daniele Tittarelli, in particular, offer sensitive, soulful support.