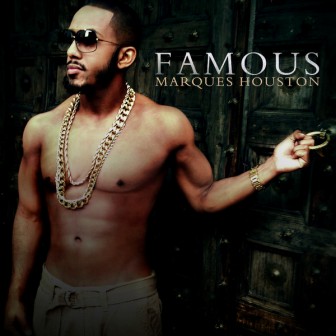 Marques Houston is a big name Stateside. Hailed as one of the very best of “new generation” soul singers, Houston enjoys a parallel career as an actor working in movies and franchised TV series. However, since emerging from boy bands Immature and IMX he’s released five solo albums and considers himself first and foremost a singer and with this new album he’s all set to consolidate his position with American soul and R&B fans. Sadly, though, I fear that ‘Famous’ will mean little in the UK and Europe because young Mr. H peddles a very American brand of soul and R&B.

Slickly and lavishly produced, the 12 tracker has too many advanced R&B characteristics to please the notoriously conservative Europeans who like their soul with lashings of retro gloss. Moreover the album is stuck chiefly in one gear – slow. ‘Famous’ is a succession of ballads and slow jams – most built around bumpy, jittery modern R&B ponderous beats… the album’s title track is a good example. Some, like ‘Nothin’ On You’ are sweeter than others and all are big, clever productions. Standout ballad is the opener, ‘Only You’. It stands out ‘cos it’s based very loosely on Marvin Gaye’s ‘Let’s Get It On’ and it’s that familiarity that grabs the attention.

The only cut that might get heads nodding and feet tapping is ‘Take Your Love Away’. It possesses crisp, tight beats and almost gets into mid-tempo territory… but again it’s a very “American” sound. That’s not too say it’s a bad tune… not at all. Indeed like all the music on this long player it’s a great example of where young American soul and R&B is currently at.