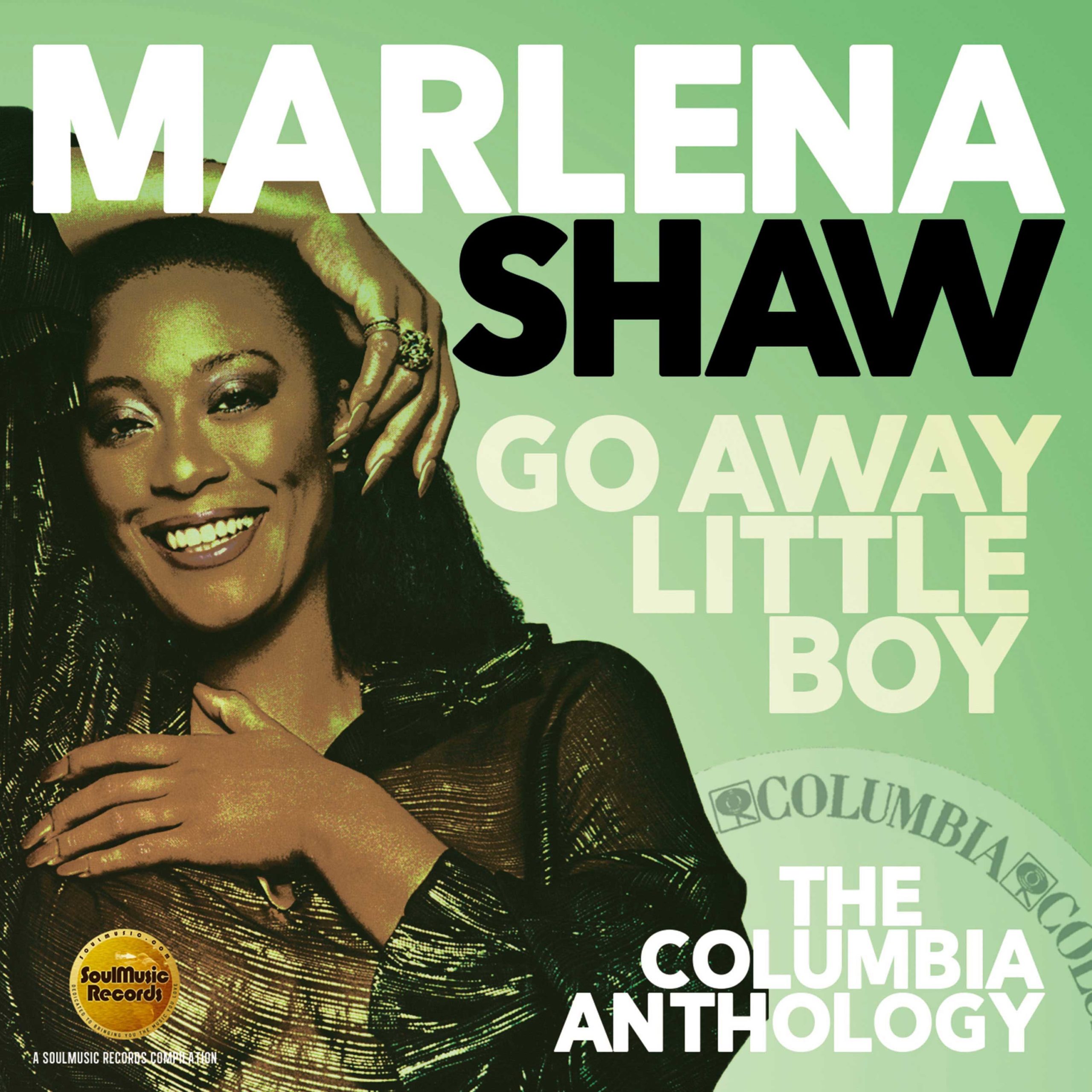 Possessing one of the most distinctive voices in soul, blues, and jazz, Marlena Shaw, a former singer with the Count Basie band,  had recorded for the Chess and Blue Note labels before arriving at Columbia in 1977. The singer, born Marlena Burgess in La Rochelle, New York, spent three years with the company, recording the albums ‘Sweet Beginnings,’ ‘Acting Up,’ and ‘Take A Bite,’ all of which provide the source material for this fabulous 28-track, 2-CD anthology. The album takes its title from Shaw’s biggest hit on Columbia, ‘Go Away Little Boy,’ which dented the US R&B Top 30 in 1977. Though Shaw had recorded the Goffin-King tune before – on her 1969 Cadet LP, ‘The Spice Of Life’ – what was different about the ’77 version was its jazzy intro, titled ‘Yu-Ma,’ which was a humorous, self-written spoken narrative where Shaw gently chides her vain, narcissistic lover before segueing into ‘Go Away Little Boy’ proper. Though it’s considered Marlena Shaw’s signature song and, with the exception of the earlier ‘Woman Of The Ghetto,’  has eclipsed almost everything else she had done, this compilation reveals that her work at Columbia was consistently good. Those who love Shaw’s sassy monologues will also lap up ‘Shaw Biz/Suddenly It’s How I Like To Feel,’ which exudes a similar vibe to ‘Go Away Little Boy.’

Shaw joined Columbia when the disco inferno was gathering momentum and that’s reflected in the music, which ranges from funky dance grooves tracks with subtle mirrorball tinges (‘Sweet Beginnings,’ ‘Haven’t We Been In Love Before,’ ‘Pictures And Memories’) to overt dance floor extravaganzas, exemplified by epic versions of the Diana Ross tune ‘Touch Me In The Morning’ (a rare remix version is featured here), ‘Love Dancin” (we’re given the eight-minute ‘Special Disco Version’) and  ‘Suite Seventeen: It Was A Very Good Year/I’m A Foster Child (Medley).’ If you tire of the dance grooves, there are more varied flavours and moods to be found on the collection’s second disc, which illustrate the singer’s more expressive side. ‘Look At Me, Look At You (We’re Flying)’  is deliciously jazzy, with swirling strings and flutes, while the ballad, ‘Moonrise’ is soft, sensuous and dreamy. Fittingly, the album closes with a couple of rousing churchy songs – ‘Mamma Tried’ and ‘I’ll Be Your Friend’ – that find Shaw accompanying herself on piano and embracing her gospel roots. With their simple, unadorned arrangements, they’re very different from the sophisticated material that makes up most of this compilation but they offer a more intimate taste of Marlena Shaw’s unique talent. Highly recommended.