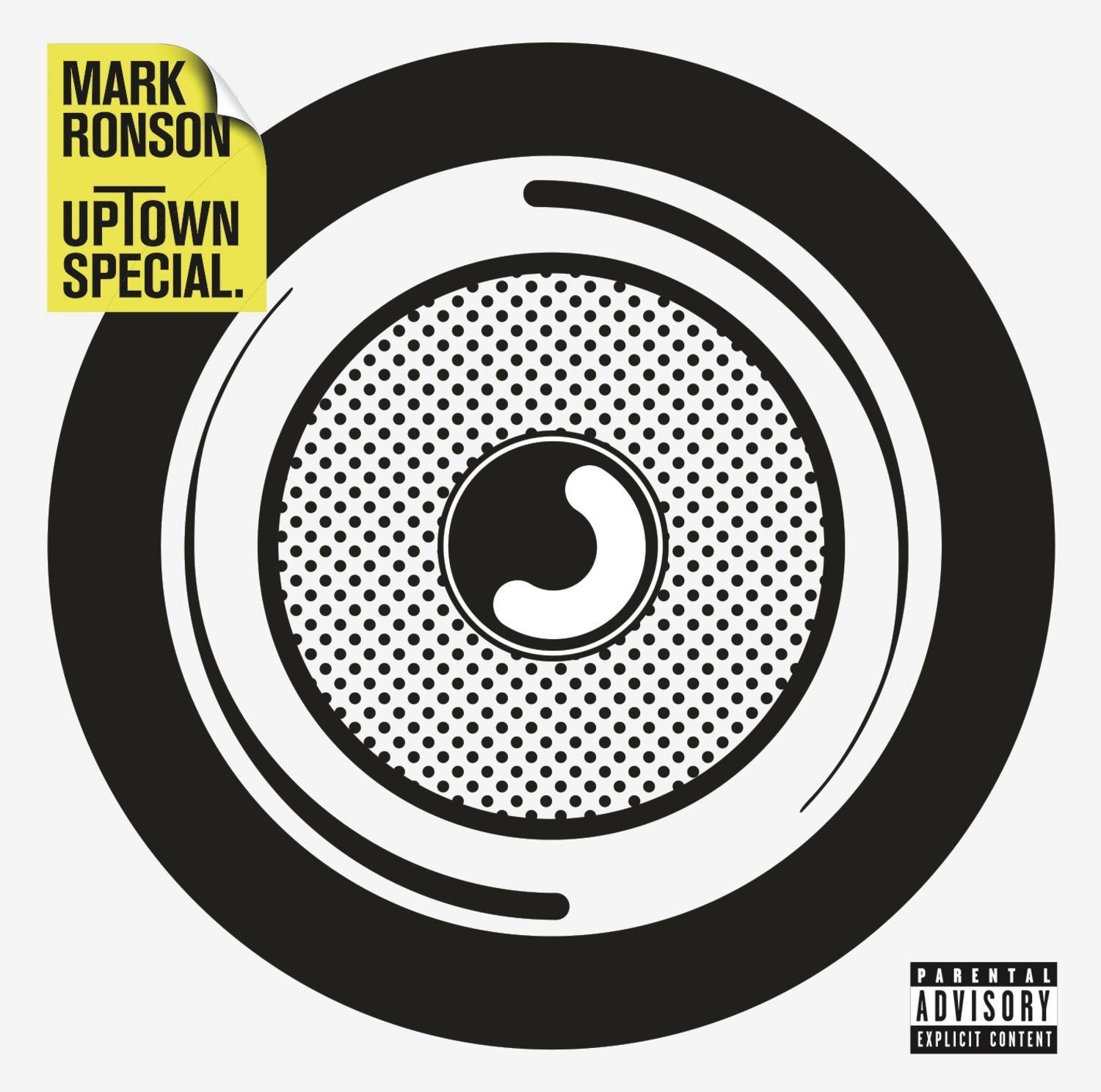 Preceded by the infectious global smash hit, ‘Uptown Funk’ – which at the time of writing is ensconced at the top of the UK singles chart for the seventh week running – Grammy-winning DJ, producer and multi-instrumentalist Mark Ronson has just unleashed this, the parent album (his first album since 2010’s ‘Record Collection’). ‘Uptown Special’ is inspired, says Ronson, by the New York club scene of the ’90s, and adheres to a similar template that defined the London-born auteur’s previous three long players in that it’s a sonic collage where different sounds and styles are juxtaposed. Those expecting wall-to-wall retro funk in the vein of ‘Uptown Funk’ – a seismic dance groove with hints of Cameo, the Time and Prince that’s fronted by Bruno Mars – might be surprised by the eclectic nature of the full LP. The 11-song set commences with a short, evocative overture, ‘Uptown’s First Finale,’ which features some plaintive harmonica wails from none other than Motown legend, Stevie Wonder. It then segues into a mellow groove called ‘Summer Breaking’ – featuring vocalist Kevin Parker – which has echoes of Steely Dan. After that Ronson ramps up the funk quotient with ‘Feel Right,’ where potty-mouthed rapper Mystical fronts a James Brown-style groove chanting an insanely catchy chorus (“Feel right in this muthafucka”). Hot on its heels is the brilliant ‘Uptown Funk’ while the propulsive, effervescent dancer, ‘I Can’t Lose’ – featuring female vocalist Keyone Starr – with its heavy ’80s synth sound has echoes of Mantronix’s and The System’s electro-soul style. The more spacey ‘Daffodils’ also boasts an ’80s club vibe while ‘Crack In The Pearl’ is a slow, atmospheric mood piece with Andrew Wyatt supplying lead vocals. By contrast, the fluid shuffle groove, ‘In Case Of Fire,’ has an FM yacht rock feel while ‘Leaving Los Feliz’ (featuring the fuzz-toned guitar of David Bowie-collaborator, Carlos Alomar) is stylistically redolent of the Steve Miller band. Steve Wonder returns on a short uptempo reprise of ‘Crack In The Pearl.’ His striking harmonica cameo closes an album whose stylistic diversity is refreshing rather than confusing. Indeed, Ronson skilfully manages to unite many disparate stylistic elements into a harmonious whole, resulting in what is his most potent musical statement yet.