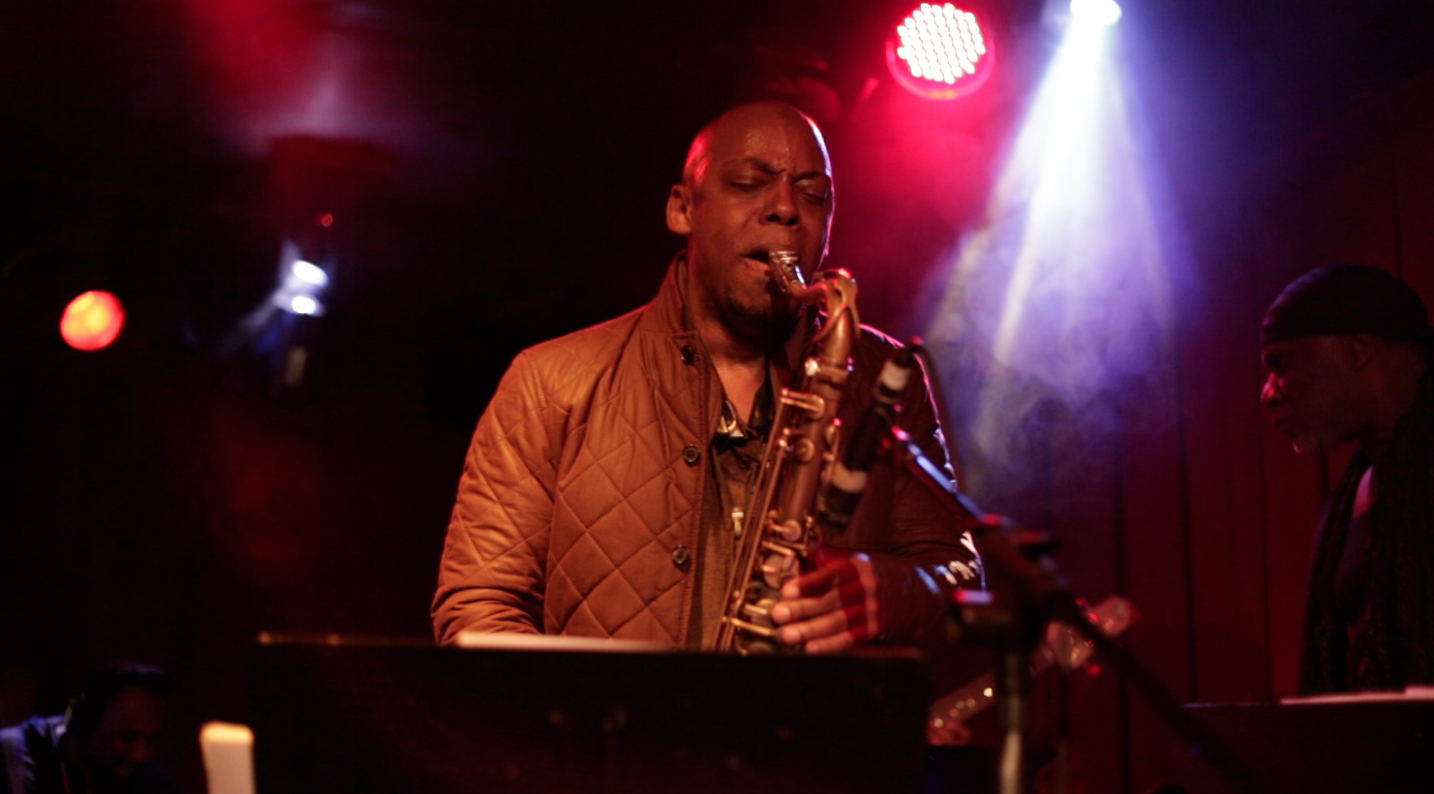 This was a concert where the idioms of jazz, soul, hip-hop and Afro-beat seamlessly became intertwined in an ineffable fusion of styles thanks to the ingenuity and bold imagination of Marcus Strickland and his band Twi-Life. A Florida-born saxophonist who was originally an orthodox post-bop stylist, Strickland is now marrying his jazz virtuosity with cool, hip-hop grooves, as his excellent new Blue Note album ‘Nihil Novi’ reveals. He began his set – which drew heavily on ‘Nihil Novi’ – on soprano saxophone, weaving mellifluous lyrical arabesques over a simmering hip-hop-tinged groove characterised by lush keyboards and a sampled-spoken narrative about the trials of life. The well-oiled band fluidly changed gears to flow into another groove, this time with Strickland on tenor sax, blowing in a raspier, more intense fashion. His three-piece band was certainly impressive – dexterous keyboardist Chad Selph, bassist Kyle Miles, and drummer Charles Haynes – but the icing on the cake was the addition of seraphic-voiced singer Jean Baylor (formerly one half of the ’90s duo Zhané) who came on stage at different stages of performance to grace three vocal-led numbers which she co-wrote with Strickland on from ‘Nihil Novi’ (‘Talking Loud,’ ‘Alive,’ and ‘Inevitable,’ all beautifully rendered by the singer). Baylor’s presence bought a delicious mellowness to the proceedings, though Twi-Life’s music never became too mellow or soporific, as the driving funk of ‘Celestetude’ and ‘Mirrors’ attested. Strickland also dedicated a song to the recently-departed Prince, the gospel-influenced ballad, ‘Truth,’ which featured the saxophonist on soprano. It was enthusiastically received, as was the whole performance, which underlined Strickland’s credentials as one of the leading lights of contemporary American jazz.