MARCELL RUSSELL: The Serenade And The Sermon (CD Baby) 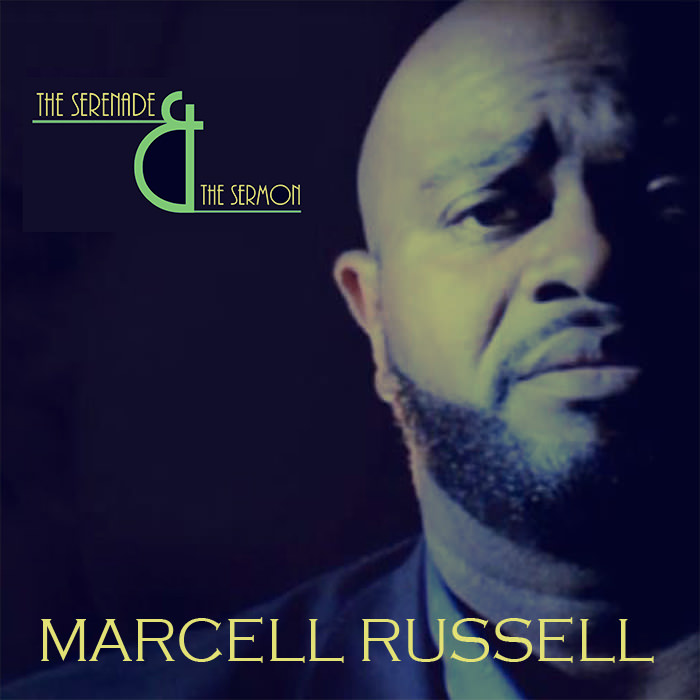 Baltimore-based Marcell Russell is one of America’s biggest indie soul stars. In the business almost 20 years, he’s chalked up countless awards and enjoys a sterling reputation amongst knowing soul connoisseurs who revere his remarkable ‘Hopes Too High’. That one was recorded with his onetime group, The Truth, but for a year or two now our man’s been treading a solo route and last year he released this remarkable double LP which is now being re-promoted on the back of higher US exposure (Marcell is currently starring in a Luther Vandross tribute) and an upcoming visit to the UK.

If ‘The Serenade And The Sermon’ sneaked under your soul radar last year, what did you miss? Well you missed out on a complex, intensely personal album which, to be honest, isn’t an easy listen…. but then again, most serious concept album are difficult.

This one looks at relationships from two angles – and ‘The Serenade’ and ‘The Sermon’ deal with the two differing perspectives. The former is about what Mr. Russell describes as a “healthy relationship”… one in which the couple build their love on “divine principles”. They start from a strong foundation and work to serve each other; the latter deals with the flip side – an “unhealthy relationship”…. one based on recriminations and insecurities, where the two individuals see themselves as “victims”. See what I mean about a difficult listen?

Musically Marcell primarily uses ballads to get his messages over and given the nature of that message the tunes tend to meld effortlessly into each other and no one cut really stands out, though the deployment of a number of guest contributors throws up a surprise or two. Rapper Messiah offers some decent rhymes on ‘Love Vs Like’ , Chanel Marie offers a distaff perspective on ‘I Want His Babies’ while Isaac Parham’s sax makes ‘You Bring Me Joy’ a real highlight. What makes this one so special is, I think, that here Marcell concentrates more on the song than the message. Here, and indeed throughout, the vocal is superb, little wonder than critics have made comparison between Russell and people like Luther Vandross and Will Downing. Yes, he has that same kind of vocal presence and when the song’s right the effect is stunning.

Find out more @ www.marcellrussell.com , while you can learn more about his upcoming UK shows @ www.hoochiecoochie.co.uk