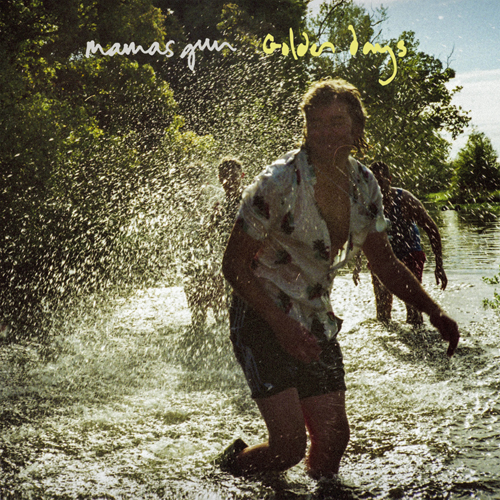 UK blue-eyed soul band MAMAS GUN was born in 2007. Put together by LIPA graduate Andy Platts, the band members shared a mutual love for soul and funk and named themselves for the classic Eryka Badu long player. Their 2009 debut album, ‘Routes To Riches’ won ’em plenty of friends and now two releases later and with the inevitable personnel changes, MG are about to unleash a brand new album…. ‘Golden Days.’

The set is a little different to their first three collections in as much as this time everything is self-produced and, free from label interference (the band had an early career major label disappointment), the fivesome Andy Platts, Terry Lewis, Chris Boot, Cam Dawson and Dave Oliver were able to make the music exactly as they envisaged it and, at the same time, have a ball whilst putting it all together.

That sheer enjoyment and pleasure in making the music is reflected in the track ‘Golden Days’ –which the quintet chose as the set’s title… reflecting the good times they had in the studio recording the album. A similar good-time optimism can be heard in the LP’s opener – the very catchy ‘You Make My Life A Better Place’, the cheery, light ‘I Need A Win’, the brassy ‘London Girls and the punchy ‘On The Wire’ which comes complete with some biting Ernie Isley-esque guitar. ‘Strangers On A Street’ is another album highlight – proof that despite their ages, Mamas Gun revere that magical irresistible 60s vibe.

The album also offer some prime down time moments – notably the sombre ‘Diamond In the Bell Jar’ (inspired by the work of Sylvia Plaith, I believe) and the simple and sweet ‘We’.

Most ambitious and experimental of the 10 cuts is ‘This Is The Day’. More a sound sketch than a “proper” song, Andy Platts’ sweet and genuine falsetto soars over a plaintive backing track. And it’s that Platts voice that holds the album together. Hear it in full flight on the atmospheric ‘The Spooks’.