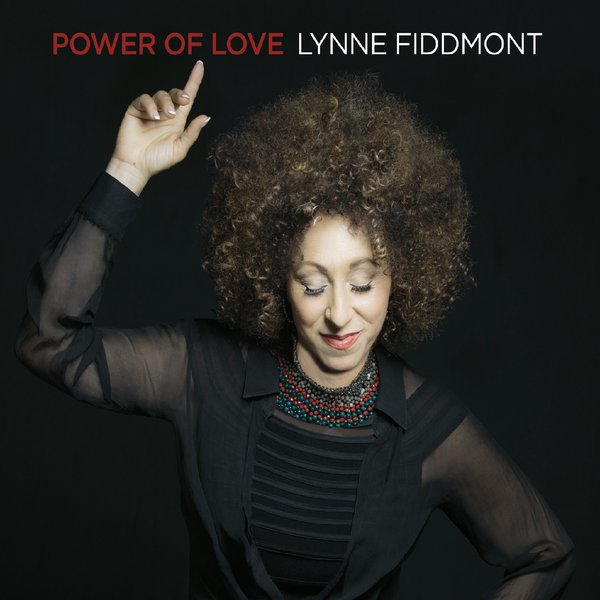 Lovely Lynne Fiddmont is one of America’s top session and backing vocalists. There aren’t too many big names, across all kinds of genres, who haven’t benefited from Lynne’s artistry in their back line either in the studio or live. Amongst the icons who’ve profited from Lynne’s support are Stevie Wonder, Natalie Cole, Bill Withers, Phil Collins, Barbara Streisand, George Duke, Barbara Streisand, Seal and Joe Zawinul. Ms F is in such demand that she finds it hard to pursue her own solo career but over time she’s managed to record three fine solo sets including an acclaimed Billie Holiday tribute.

Lynne is currently promoting this, her fourth solo long player and ‘Power Of Love’ was much anticipated after the release of two heralding singles. First there was a swinging, jazzy version of Lou Rawls’ ‘Groovy People’ and an equally fine ‘Daylight’ . Their quality was no flash in the proverbial pan; the 12 tracker that is ‘Power of Love’ is stuffed with plenty more of the same soul excellence. If you want foot tappers there are ‘Good Time Party’ and ‘Walking On Rainbows’ – the latter, a particularly fine slab of modern soul optimism. For something a little more laid back, try the moody meander of the album’s title track or the bumpy ‘Go’.

But where ‘Power Of Love’ really scores is in the delivery of the chosen cover songs. There’s always been debate about the merits of cover versions. Can they be creative? Are they cop-outs? Do they match the quality of the original? Well, of course, the answers to all those questions are matters of opinion, but what is clear is that artists confident in their own abilities are never frightened to cover even very well known songs and put their own spin on ’em…. dear old Luther Vandross was a great example of this. Lynne Fiddmont, like Luther, from the sessioneer ranks, is clearly mightily confident in what she can do too, ‘cos here she offers her versions of five very well known classics. We’ve already mentioned her take on ‘Groovy People’ – but you really need bottle (and some voice!) to try Minnie Riperton’s ‘Lovin’ You’. Here Lynne offers a beautiful, melancholic jazzy version and if that’s not enough there’s a second Minnie cover – the less well-known ‘Memory Lane’. Lynne nails that one too as she does with John Lennon’s ‘Imagine’ and Stevie Wonder’s ‘Key Of Life’ song ‘Ngiculela .. I Am Singing’. Yes, our Lynne’s not frightened to take on the big names…. comfortable in what she knows she can do, she just does it … and beautifully! Mr Wonder no less recently commented: “Lynne’s Music is Hot! She’s been mine for years… now she will be yours too.” Recommendation seconded!