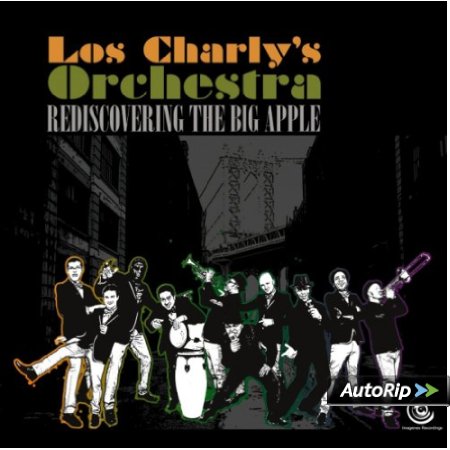 Los Charly’s Orchestra are a London-based Latin music collective created, produced and led by Venezuelan music producers Juan Laya and Jorge Montiel. They’ve been mainstays on the London music scene for year or two now with a residency at Soho’s prestigious Floridita Club and their music’s been espoused by people like Craig Charles, Jose Padilla and Joey Negro. These diverse DJs are unanimous in that the music of Los Charly’s Orchestra is totally infectious and as guaranteed as anything can be to get people off the wall and onto the floor. Tap in to their music now with their latest 10 tracker, which as the title implies, is an unashamed attempt at recreating the Latin soul and funk that came from New York’s barrio in the 60s and 70s.

Get the flavour from the off with ‘All I Wanna Do’ –a tight and funky foot tapper that leads into the totally infectious ‘My Barrio’ – a direct reference to the album’s focus… a theme picked up on the soulful ‘Return To Spanish Harlem’ and the LP’s title cut. Bass-heavy and with a hint of authentic 60s soul-jazz about it, ‘Rediscovering The Big Apple’ would standout on any dance album. ‘On The Other Side’ is statelier and elegant while ‘Al Ritmo Del Funk’ really cuts loose.

Throughout, the music is big, brash and right in your face – what, though, would you expect with a band of 10 players, plus special guests? So if you’re into the music of Joe Bataan, Joe Cuba, Willie Colon, Charlie Palmieri and indeed the whole Fania thing, ‘Return To The Big Apple’ is must to investigate. Even those with no especial penchant for things Latin will find these grooves irresistible… a good time guaranteed for all.