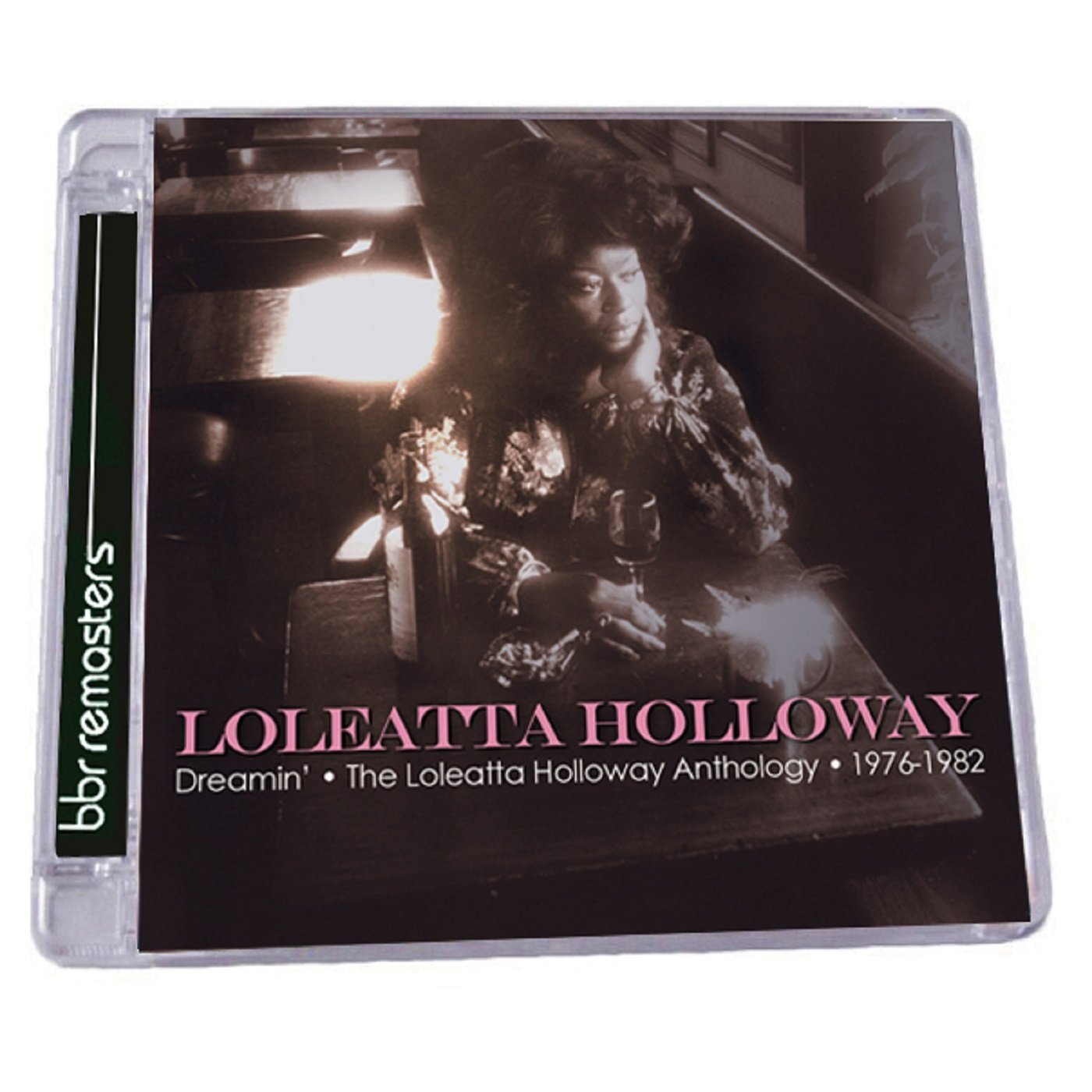 When gospel-reared Chicago chanteuse Loleatta Holloway scored a US R&B Top 10 smash with ‘Cry To Me’ for the Aware label in 1975 it seemed that her career was finally in the ascendant. Sadly, though, Aware, went bust soon afterwards and the large-lunged singer ended up having to regroup and signed for Philly producer Norman Harris’s Gold Mind, an imprint of Ken Cayre New Jersey-based Salsoul label. By ’77, Holloway was recording for Salsoul proper and though she was unable to emulate the Top 10 success that she had experienced in 1975, she made some wonderful but largely underappreciated singles and albums. This superlative new retrospective cherry picks her finest Gold Mind and Salsoul sides and also includes her stunning cameo roles on tracks by the Salsoul Orchestra and Dan Hartman.

Though Holloway – who died in 2011 – is mostly remembered for her incredible ability to scream and holler in a blood-curdling fashion into the mic – this 2-CD set opens with the subdued but poignant Sam Dees’ ballad, ‘Worn Out Broken Heart.’ But it isn’t long before subtlety is discarded and Holloway lets rip on the incredible Harris-helmed disco cuts, ‘Dreamin’,’ and ‘Hit & Run,’ the latter a spine-tingling tour de force of gospel-inflected, symphonic disco-funk. And how can we forget ‘Love Sensation,’ the track that Italian house group Black Box sampled Holloway’s vocals to create the UK number one, ‘Ride On Time’? Other delights include the beautiful ‘Run Away’ featuring Holloway as a guest vocalist with the super-slick Salsoul Orchestra, duets with Bunny Sigler (‘Only You’) and  Bobby Womack (‘Baby It’s You’) and a striking cameo on Dan Hartman’s 12-inch medley comprising ‘Vertigo’ and ‘Light My Fire.’ It all adds up to a compelling portrait of a singer whose raw power was simply awe-inspiring.