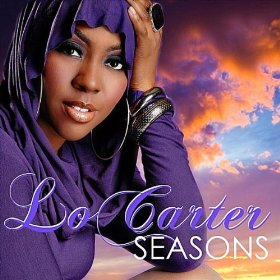 Hailing from Atlanta, Lo Carter is a new wave southern soul belle who’s already making waves on the underground soul scene with this – her debut album. The track that’s grabbing the attention is the tight club dancer, ‘Suga’. Its beats are perfect for both the modern soul room crowd and the steppers who, it seems, are loving the retro feel of the tune. It’s obvious that Ms Carter and her team also consider the cut to be the album’s most immediate cut ‘cos they offer a re-tooling of it right at the end of the set. The remix sees Lo extolling the musical virtues of the south’s major cities over a live, atmospheric track. It’s as danceable as the original; then, oddly, it segues into one of those irritating “hidden” tracks, The irritation isn’t caused by the music but by the lack of listing info. Apparently the song is ‘You Kissed Me’. It’s a rambling, vague nu-soul jam – very different to the ‘Suga’ that precedes it. It confirms that there’s more to Ms Carter than up-tempo, club-going, good time dance tunes.

The album boasts a number of cuts that show the maturity to which we’ve just alluded. The LP’s title cut is a case in point. ‘Seasons’ is a truly sensitive ballad. The melody is enhanced by some sweet double tracked harmonies while the spoken passages will recall the best of Jill Scott. ‘Let Love Grow’ is another great ballad. A duet with Joe E Rich, it will please the old school soul brigade and the more contemporary R&B market. That latter market will also delight in the LP’s opening bumper, ‘Bill Collector’ – a busy R&B beater with a lyric that echoes what a lot of us feel in these belt-tightening, austere times.

Elsewhere, ‘I Don’t Want To Love You No More’ is a sparse and stately tale of regret, the down-tempo ‘Let Go’ opens with the snare drum snaps from Curtis Mayfield’s ‘Move On Up’ which herald a measure of deep introspection while ‘You Showed Me’ offers a surprisingly big production for an indie soul set… and therein, I think, lies the attraction of this album. It is an indie production and Lo Carter has written and produced all the material but unlike a lot of similar albums which are little more than vanity projects, ‘Seasons’ has the feel of a proper, thought-through soul project.