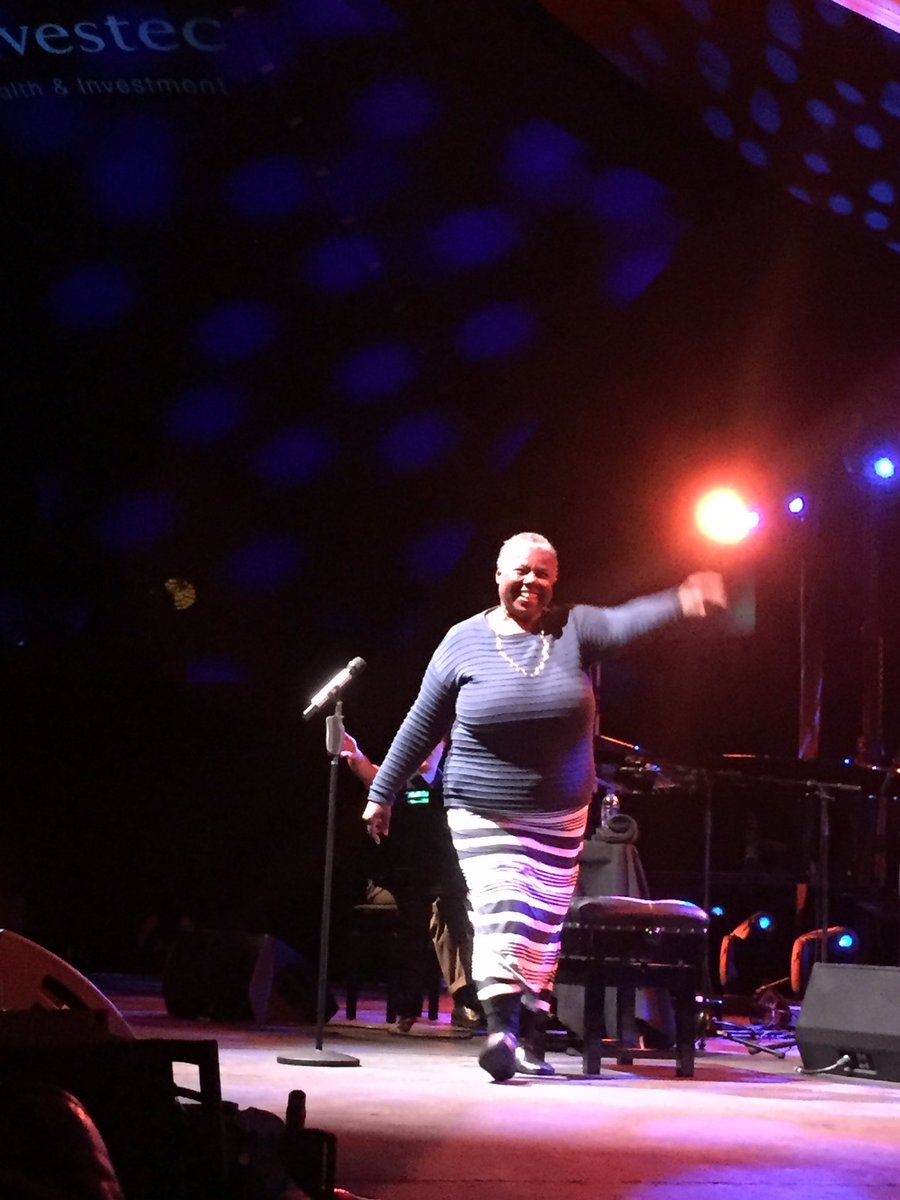 With thirteen UK chart entries to her name, including the Top 5 hits, ‘One Day I’ll Fly Away’ and ‘Almaz,’ Randy Crawford has enjoyed a long and warm relationship with the British public. The huge ovation she received when she walked out on the stage in Cheltenham’s Big Top (following an instrumental medley of her hits played by her band as an overture) underlined just how popular she is here, even though she’s not a had a new record out for well over a decade.  Though the years have visibly taken their toll on the appearance of the 66-year-old Georgia singer, who’s been battling with weight gain (something she alluded to during her in-between-songs chatter), time has not deprived her of her voice, which remains as beautiful and ear-caressing as ever.

Backed by a four piece band (including ace guitarist, Allen Hinds, who played superbly throughout), Crawford delivered a crowd-pleasing set that began indelibly with her gorgeous take on Brook Benton’s atmospheric ‘Rainy Night In Georgia.’ Then followed a silky ‘Rio De Janeiro Blue,’ driven by sensuous Brazilian rhythms. She then served up three cover songs  that had appeared on her last album , 2006’s ‘Feeling Good’ with Joe Sample – namely the Nina Simone-associated title song, which was propelled by a gentle, funkafied groove; a bittersweet version of Fred Neil’s ‘Everybody’s Talking,’ and a super-soulful rendition of Buddy Johnson’s late night blues ballad, ‘Save Your Love For Me.’

Elsewhere, Crawford – who was in a bubbly, loquacious mood and told stories and laughed a lot – served up succulent versions of some of her biggest hits and most well-loved material, ranging from plaintive ballads like ‘One Hello,’ ‘One Day I’ll Fly Away,’ ‘You Bring The Sun Out’  and the haunting ‘Almaz,’ to more upbeat material exemplified by ‘Last Night At Danceland,’ where the singer, who was seated for most of the evening, got up from her stool to briefly strut her stuff. The venue erupted when the opening chords to ‘Street Life’ were heard, which allowed the band to really groove while the anthemic ‘You Might Need Somebody’ was saved for the encore.

Time affects all of us so those who expected Randy Crawford to look as she did 30 years ago should take a reality check and perhaps look at themselves in the mirror.  None of us stays the same and we all age. And in that respect, Randy Crawford is no different from the rest of us. During the concert, she reminisced about seeing footage of herself in the ’80s on the UK’s Terry Wogan Show andTop Of The Pops on YouTube. “I thought, wow, she’s so cute,” she laughs, but follows it by singing the line from Phil Collins’ song, ‘Take A Look At Me Now.’ The audience laugh at the irony and also, her candour. “All of a sudden I had two tons of fun,” she laughs, pointing to her midriff. One senses, though, that behind the mirth and self-deprecation there are sensitive issues. But that’s not for me to ponder. The most important thing is Randy’s voice and it’s in great shape. In fact, time has imbued her tone with a deeper lustre but she can still hit all those sweet notes and move us with her special gift. And that’s all that matters really. Go and see her while you still can. You won’t be disappointed.