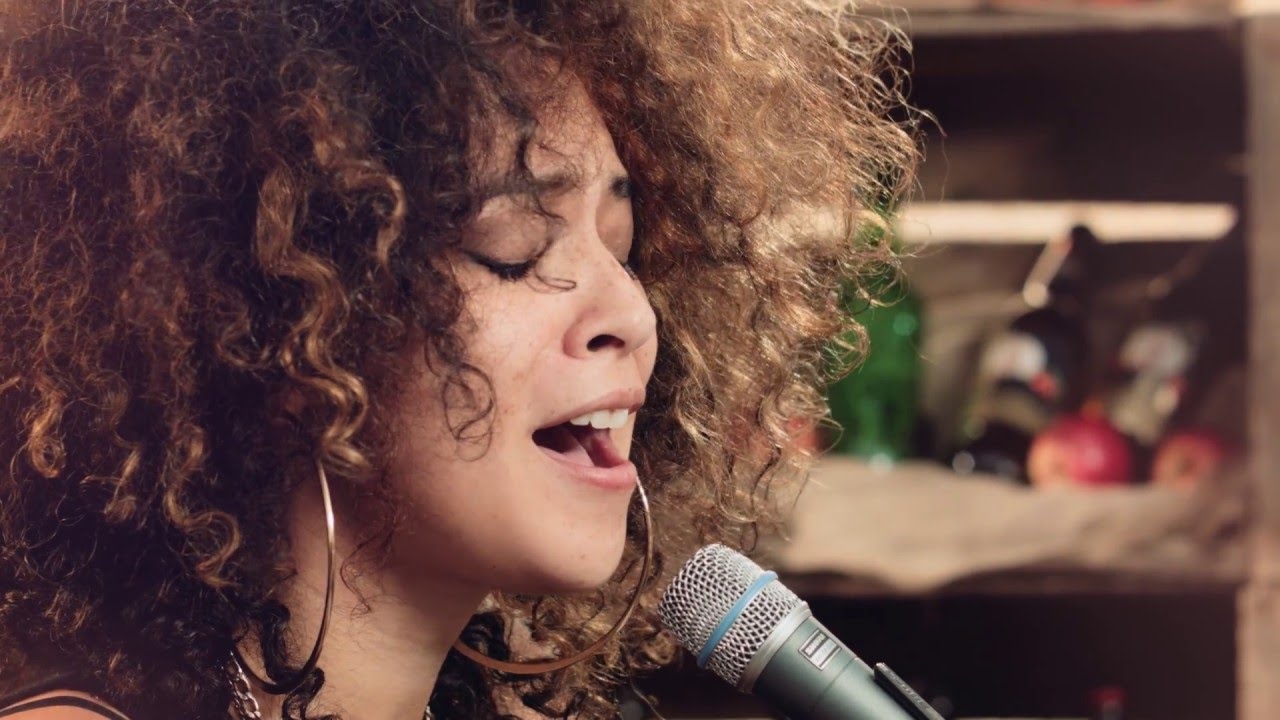 Soulful-voiced Nashville chanteuse, Kandace Springs, impressed UK audiences last year, both as Gregory Porter’s support act and as the opening act for Jamie Cullum at the Cheltenham Jazz Festival. It’s no surprise, then, that this year she returned to the affluent Gloucestershire Spa town’s annual jazz celebration to perform a show as a headliner. Accompanied by bassist Jesse Bielenberg and drummer, Dillon Treacy, the Afro-topped Springs – alternating between a funky electric Fender Rhodes keyboard and an acoustic grand piano – showed why she’s a rising star of the soul-jazz genre. Her sensual, smoky-toned voice is sensational and dripping with a soulful intimacy while her dexterous keyboard playing reveals that she’s in possession of some serious jazz chops.

She opened on the Rhodes with the groove ballad, ‘Thought It Would Be Easier,’ and then switched to grand piano for the lovely Jesse Harris-penned ‘Talk To Me.’ Both cuts came from Springs’ acclaimed debut album, last year’s ‘Soul Eyes,’ but in this captivating 75-minute performance, she offered new material as well. One was a radical, stripped-down, version of Rag ‘N’ Bone Man’s current UK hit, ‘Human,’  and another was a stupendous reading of the Stylistics’ Thom Bell/Linda Creed song, ‘People Make The World Go Round’ (let’s hope she records the latter for her second album).  Another highlight was her low-key version of  the jazzy ballad, ‘Forbidden Fruit,’ which came out on her 2015 EP, as did the funkafied ‘Love Got In The Way,’ which shows that the younger singer/pianist instinctively knows how to groove.

But Springs is not just a pretty face who happens to sing well – as her Oscar Peterson solo piano tribute, ‘Chicago Blues,’  convincingly illustrated, she’s also armed with some jaw-dropping piano skills. But it’s when she combines her voice with piano that she’s at her most potent, as on the Coltrane ballad, ‘Soul Eyes,’ and a lovely reading of Duke Ellington’s timeless ‘Sophisticated Lady.’ She can funk, too, as a terrific rendering of War’s ‘The World Is A Ghetto’ demonstrated and also, shouldn’t be underestimated as a songwriter, as the superlative ‘Novocaine Heart’ revealed.

Kandace Springs has been compared with Roberta Flack and Norah Jones, and while she openly acknowledges their influence (here, she performed the former’s ‘The Last Time Ever I saw Your Face’ and the latter’s ‘The Nearness Of You’), she has certainly forged her own distinctive style and identity. As her on-stage patter reveals, she’s also got a warm, friendly, and engaging personality, and thus, it’s no surprise that she has gained a receptive and enthusiastic following in the UK and Europe. On this compelling evidence, then, Kandace Springs has a very bright future ahead of her.